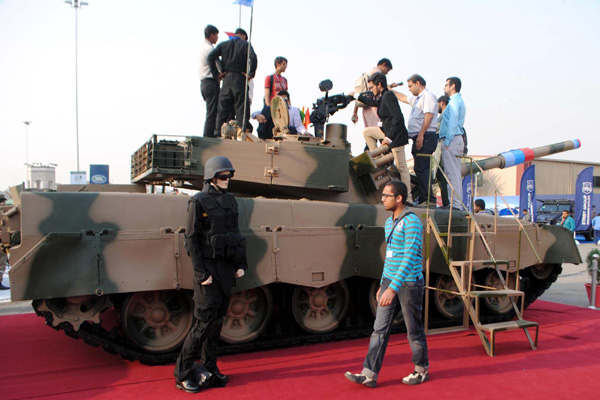 Web Desk – Pakistan and Ukraine have signed an agreement for up-gradation of Al-Khalid Tank. Ukraine will provide engine for these tanks.

As many as 13 memoranda of understanding (MoUs) were signed during the two days of 4-day International Defence Exhibition IDEAS 2016; started Tuesday, said a statement .

Rana Tanveer Hussain was confident that the agreement would be accomplished on the schedule. He said that by purchasing any equipment Pakistan would also get its technology.

Pakistani defence industry had maintained high quality standards that has been recognized over the world.

“We are also working hard to improve our defence industry’s capabilities,” he re-affirmed adding that this was a big agreement which would further strengthen Pakistan’s defence industry. Similarly, more MoUs and agreements among foreign and local companies had also been signed.

Reasons Why Capital Smart City Has Emerged As The Best Real...