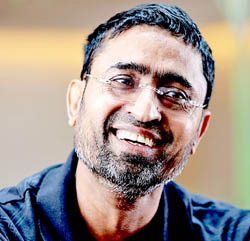 KUANTAN –  Pakistan Hockey Federation (PHF) Friday said the training of its team for the Junior World Cup in the Indian city of Lucknow is in full swing, even as it awaited clearance from the government.

Shahbaz Ahmed Senior, Secretary of the PHF, said an unnecessary controversy had been created in the media whether Pakistan would participate in the Junior World Cup, to be played December 8-18 in India.
“The team’s preparations are in full swing and the tournament is more than six weeks away,” Shahbaz told PTI during the fourth Asian Champions Trophy in the western Malaysian city of Kuantan.

“There are procedural issues and sanctions that are sought from the government every time a team goes abroad,” said Shahbaz.

“We have applied to the government for the clearance and the tournament is more than month and half away.
In the meanwhile, our team is preparing for the tournament and travel issues are being looked into,” said Shahbaz, a former Pakistan captain and dazzling striker in his career that spanned over a decade and a half.
Shahbaz said the PHF had already communicated to the International Hockey Federation (FIH) that it was committed to participate in all international tournaments.

“All this talk is speculative and an unnecessary controversy is being created,” said Shahbaz, adding that there was no problem about visas for the Pakistan junior team to visit India.
“Visas for Pakistan team are not a problem.
The matter has been resolved,” he said.
Pakistan have twice won the Junior World Cup, which started in 1979.