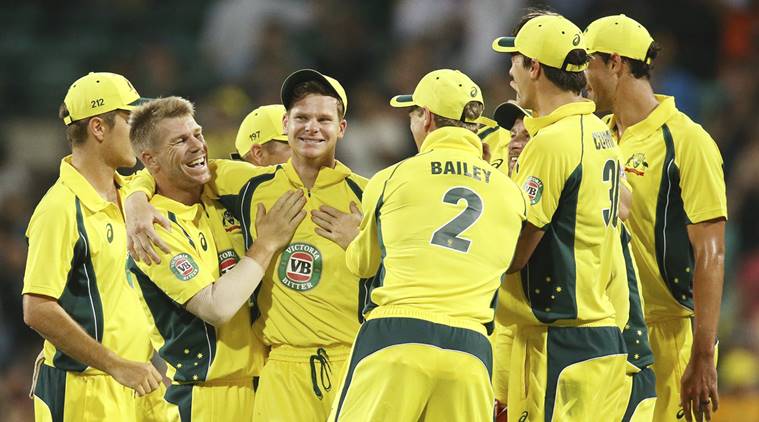 Web Desk-BRISBANE: Pakistan were 92 runs short of 268 target set by Australia in the first One Day International (ODI) at Brisbane’s Gabba Stadium on Friday.

Australia won the toss and decided to bat first. Australia seemed unbalanced by Mohammad Amir’s dismissal of David Warner and Smith in consecutive balls at first, but former adversaries Matthew Wade and Glenn Maxwell combined for a vital sixth-wicket partnership of 82 runs to help Australia post 268/9.

Australia were 78-5 before being rescued by the pair. Wade was unbeaten on 100, bringing up his maiden century with a single on the final ball, while all-rounder Maxwell scored 60.

Maxwell made his return to the Australian side after he was dropped and fined last month for saying it was “painful” having to bat below Wade in Victoria state’s Sheffield Shield first-class side.

There didn’t appear to be any residual problems or animosity between the pair on Friday, although Maxwell came in ahead of Wade.

Pakistan were hamstrung by Skipper Azhar Ali, who retired hurt after he lost his opening partner Sharjeel Khan, ESPNCricinfo reported.

Babar Azam and Umar Akmal’s pair seemed promising for Pakistan, but the game stagnated for visitors after the partnership came to an end.

Hasan Ali finished his bowling course with figures of 3-58.

Wade was awarded Player of the Match.

“It was challenging at the top, it was swinging and seaming around. Maxi took the pressure off me, and I was just looking to get him on strike,” said Wade.

“I was absolutely cooked (by the last over). They were taking the pace off, I was swinging way too hard. If the spinners bowled into the wicket it was hard to hit them down the ground,” he added.

Pakistan is without two players who have had to return home for family reasons.

Vice-captain and wicketkeeper Sarfraz Ahmed had to return Pakistan to be with his ill mother, and Mohammad Rizwan was the wicketkeeper in the first ODI.