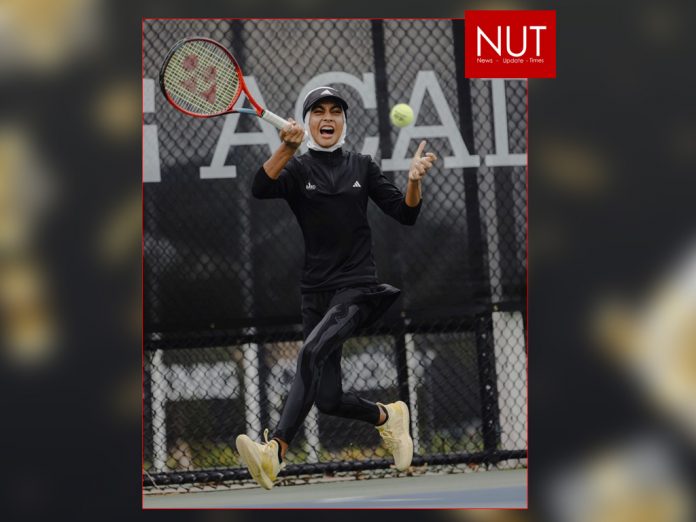 Lahore (Muhammad Yasir) Haniya Minhas has become the first youngest Pakistani to be appointed as the official brand ambassador of the leading global sportswear brand, Adidas. She is Pakistan’s first teen athlete to accomplish this historic feat.

President of BARD Foundation, Mr. Abdul Razak Dawood, expressed the pride BARD Foundation feels in its association with Haniya and said: “I’m delighted at this young talent. This is remarkable news and a great honor for Pakistan and all those with high aspirations, especially women. Haniya Minhas is the first youngest Pakistani tennis player to be appointed as Brand Ambassador for Adidas, the world’s leading sportswear brand. Her enthusiasm, passion, and discipline will propel her to the ranks of world-class tennis players. Pakistan has a star in the making.”

Expressing her happiness over this milestone Haniya said: “It’s a feeling of immense pride and excitement to be joining the Adidas family. I aspire to represent Pakistan and work hard to develop my skills and capabilities, to achieve my passion and become a world-class tennis player. I am delighted and appreciative of BARD Foundation’s support for the development of sports in Pakistan.”

Haniya’s training at the IMG Academy in Bradenton, Florida, and tournaments’ cost is being sponsored by the Bilquis and Abdul Razak Dawood (BARD) Foundation. The mission of foundation is to facilitate individuals who demonstrate the drive and determination to excel in their chosen field.