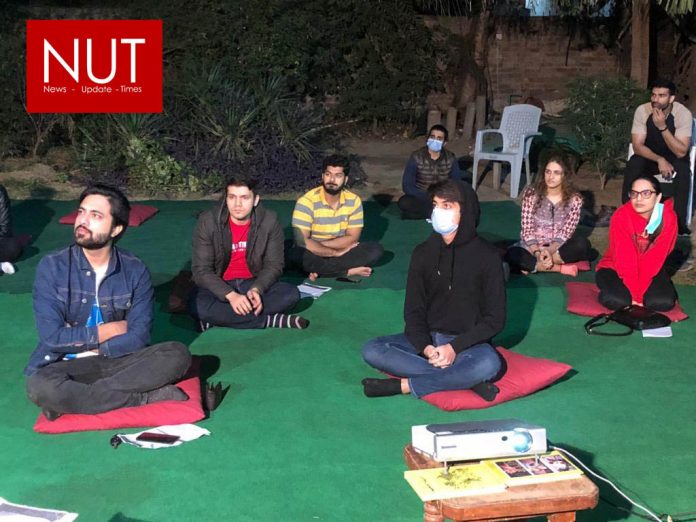 Lahore (Muhammad Yasir) Ajoka Theatre in collaboration with Swedish Theatre group Jalada, live-streamed a play inspired by the story of Nobel Laureate Malala Yousafzai. “Titled “Malalai, The Girl Who Defeated the Dark Shadows” was premiered in Malmo, Sweden in March and was due to tour Pakistan soon afterwards. However the tour could not take place due to the Corona Pandemic and it was decided to live-stream it from Sweden. The play was performed on Friday 6 November and watched by theatre activists including Ajoka Institute’s acting class students. Special live-streamed shows were organized for students at the City School campuses in Lahore on 3 November.
The play was written by Rayam Aljazairi under the mentorship of Ajoka’s Shahid Nadeem. He alongwith Naseem Abbas and Aisha Khan visited Sweden in February 2020 to work on the script, the music and rehearsals of the play.  The story of the play revolves around two girls who are inspired by the story of Malala of Swat who defied the Taliban and Malala of Mewand who fought against the British colonial forces, popularly known as Malalai. In the story a Swedish girl Olivia is afraid of going to school due to the bullying by some students but can not share her fears with anyone. After learning the inspiring story of the two Malalas told by a Pakistani-Swedish girl, Olivia gathers the strength to face and beat her own dark shadows. The play was directed by Swedish director Agnes Kofoed and the actors included Batool, Abdul Jabbar and Ebba Dahlberg.
After the screening,  Ajoka’s Shahid Nadeem talked about the process of collaboration which linked well-known Swedish theatre group Jalada and Ajoka and also the linking of issue relating to education and bullying which girls from both countries face and which have been the focus of Malala’s campaign for education for girls. 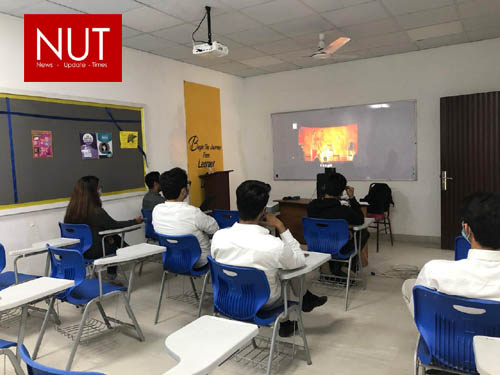 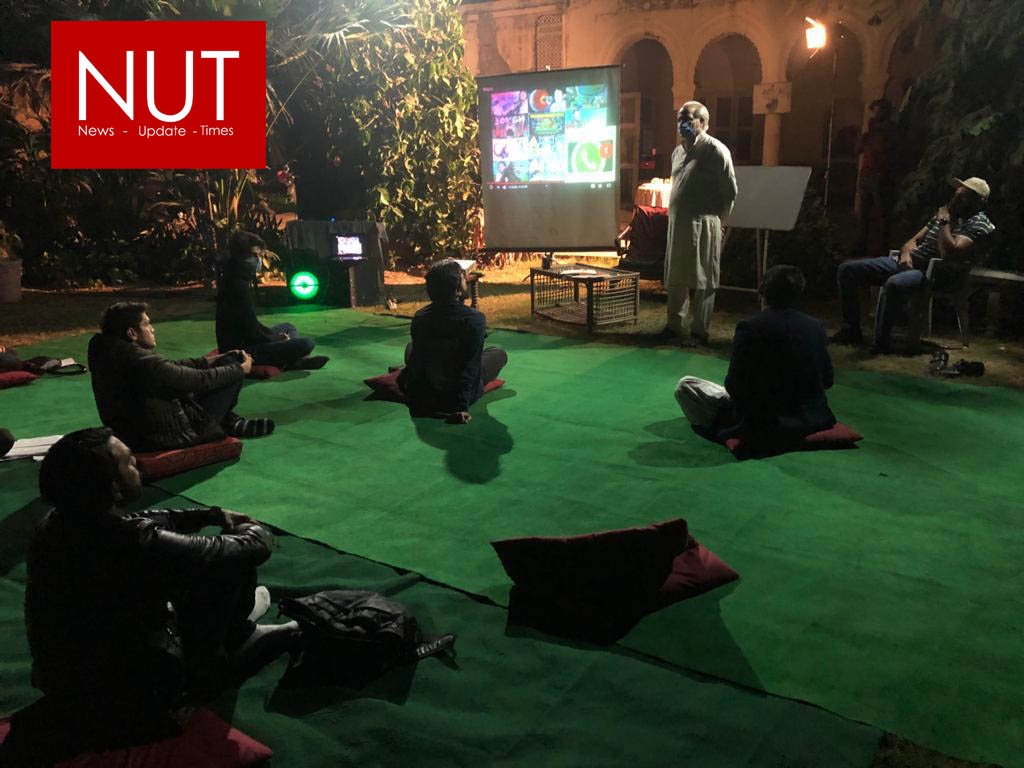 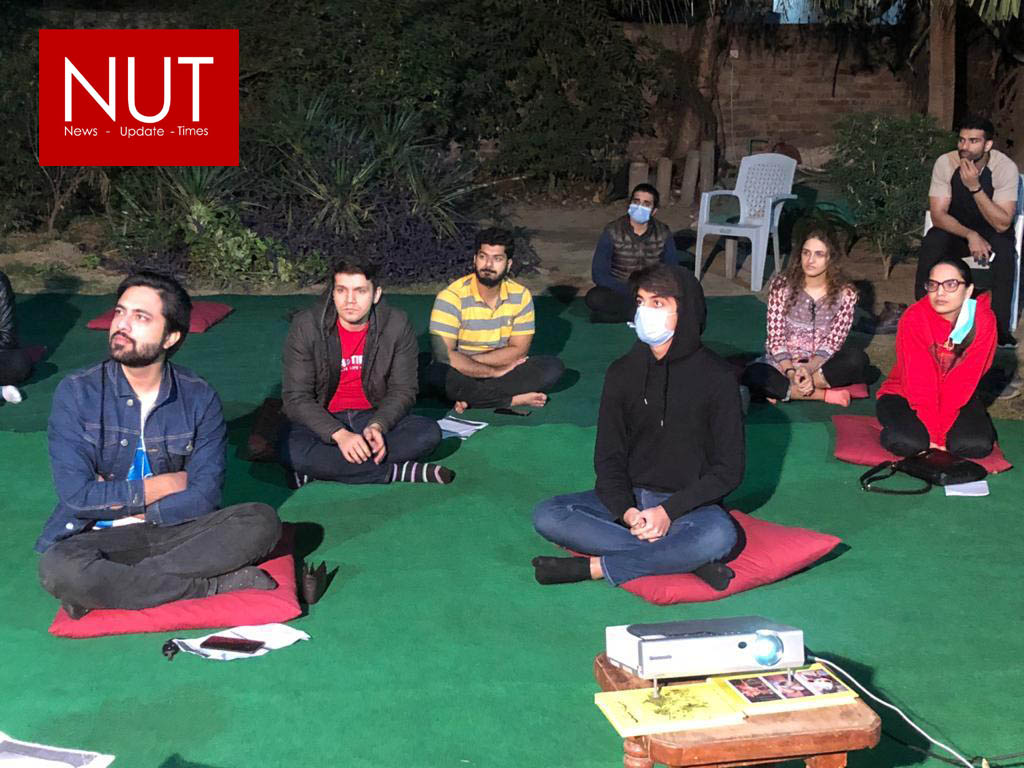 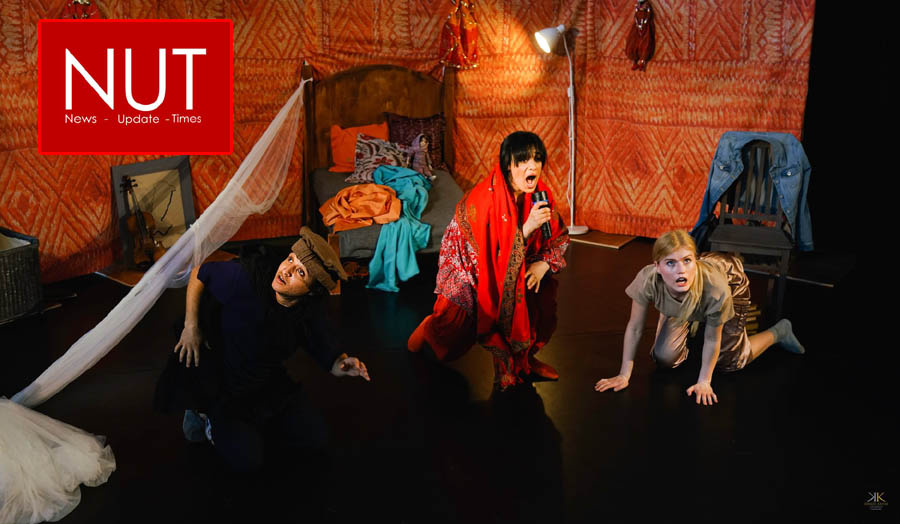 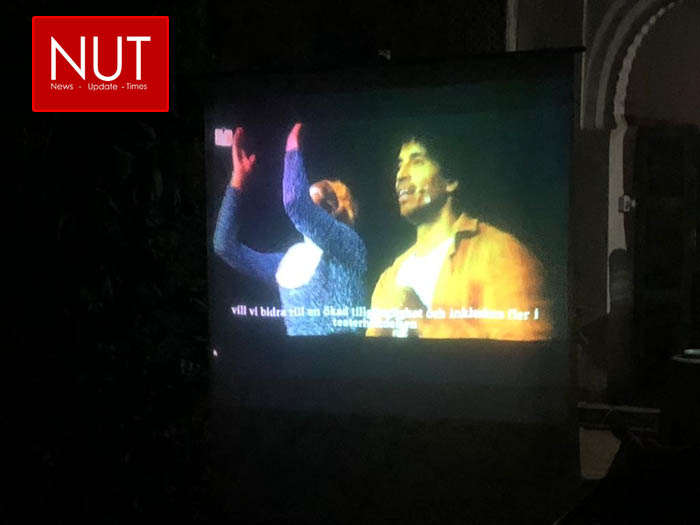 A delegation of US film makers visited the Institute for Art...