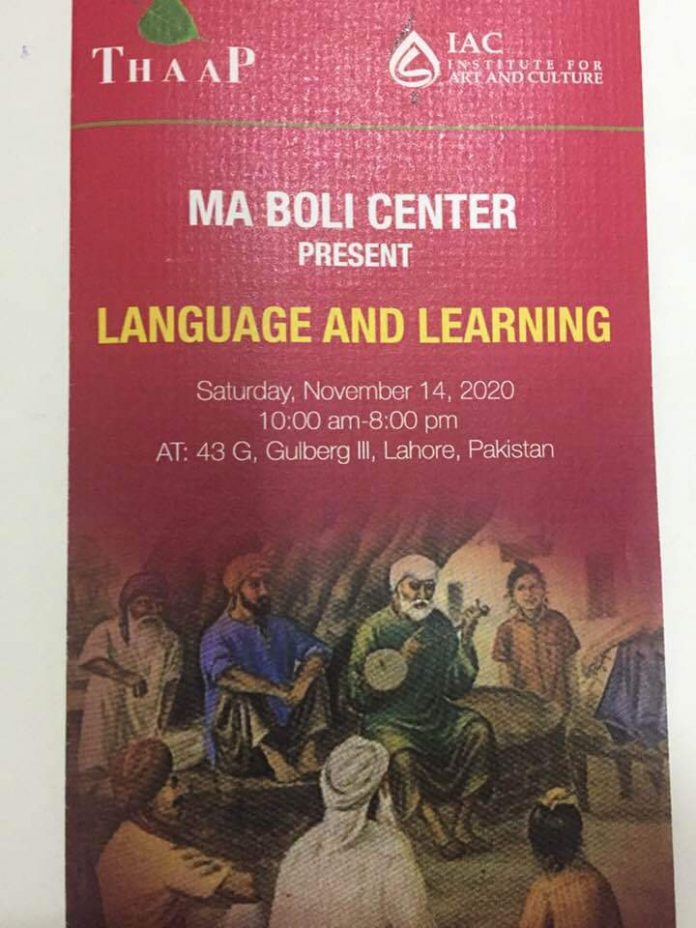 Lahore (Muhammad Yasir) THAAP and Ma Boli Center at the Institute for Art and Culture are holding one day event and bringing together group of artists, academics, and scholars for presentations and performances focused on the role of mother languages in the creative processes and cultural expressions.
This Language and Learning event will be held at 43 G Gulberg II, Lahore, on Saturday, November 14th, 2020. The whole day event will start at 10 am with exciting session and have discussions and colorful performances till 8 pm in the night.
This event stems from the philosophy that mother tongue is not necessarily the language of the biological mother, but the language of the mother culture that gives birth to a way of thinking, patterns of literature and art, the melodies and rhythms of music and the movements of dance—in short the unique and distinguishable expressions of a wasaib (civilization).
On the one hand the diversity of mother tongues in Pakistan has been one of the primary sources of its rich and diverse cultural heritage. Yet, the neglect and lack of state patronage has endangered our fonts of heritage, and consequently stunted the potential of our creative expressions. Our writers, poets, artists, architects, musicians, and filmmakers have sustained their imaginations and inspirations by serving as the faithful custodians of the mother languages in some way, shape, or form.
THAAP and Ma Boli Center at IAC are bringing together a group of artists, academics, and scholars for presentations and performances focused on the role of mother languages in the creative processes and cultural expressions in two sessions.
Panel I: Finding the Inner Voice:
Learning, Creativity, and the Role of Mother Language.
Panelists: Naveed Alam (poet, translator), Kainat Thebo (filmmaker), Abdur Rehman (Graphic Designer/Illustrator), Imran Ahmed (sculptor, educator).
Initial sesión will analyze the current status of mother language with language like What language must I think in to be myself, to create an original work? This question will be the focus of discussion by the panelists who will explain how mother language shapes and influences their works in the fields of architecture, literature, film, and graphic arts.
Panel II:  Struggle for Survival: The Future of Mother Tongues in Pakistan
Panelists: Dr. Tariq Rahman (Dean School of Education, Beaconhouse National University), Dr. Anjum Altaf (Economist, academic, author), Dr. Zahara L’écuyer (anthropologist, author, National Institute of Eastern Languages & Civilizations (INALCO), Paris), Mushtaq Soofi (Punjabi writer), Zubair Torwali (community activist, linguist, educator of Dardic Languages and cultures).
Moderated by Naveed Alam
The session will examine the various reasons needed to flourish and remain relevant to its speakers a language must grow continually, adapt to the social and cultural milieu, and in a increasingly globalized reality engage in the reciprocity of words and expressions with fellow languages. Considering our challenges and resources are the Pakistani mother tongues doomed to vanish? Can there be an effective intervention? How can the mother tongues in Pakistan be supported to survive the Darwinian or perhaps draconian selection of languages? Such questions will be addressed by linguists, language historians, and language activists in this panel.
The event will end with colorful musical performance by THAAP Choir. The group will present melodious folk songs and other Sufi numbers depicting the enriching beauty of the Mother Language. The participants will also be honored with distinguished Awards from the THAAP in the concluding ceremony. 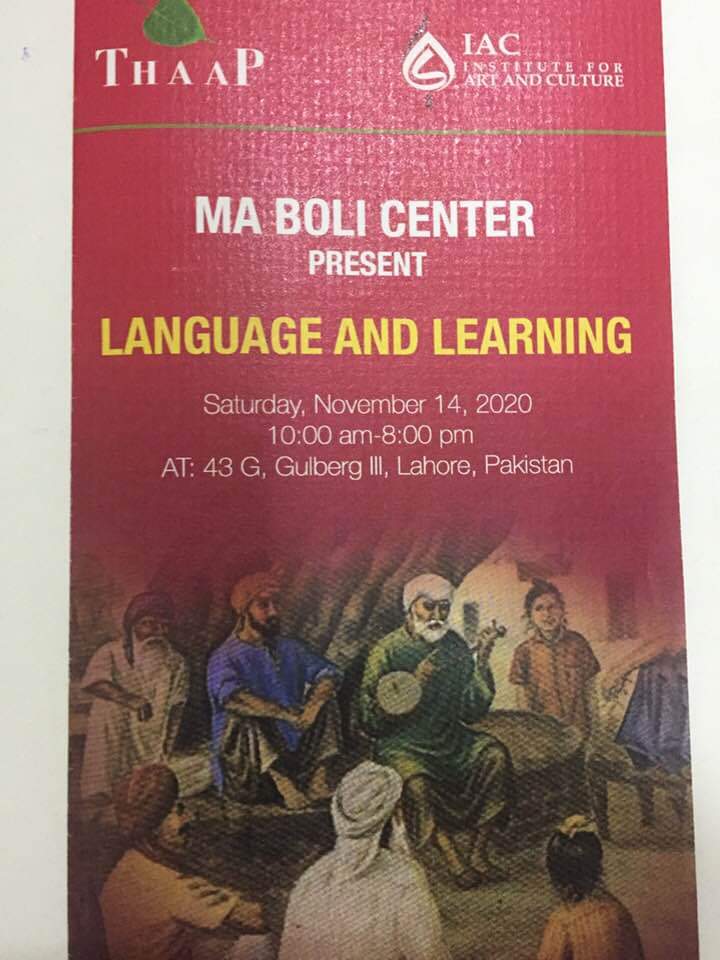 18th YLC – An event full of energy and excitement came...