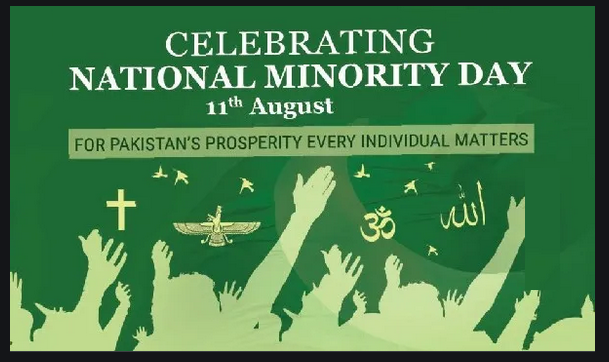 National Minority Day is being celebrated today to commemorate the contribution of minorities in the progress of Pakistan.

The day recalls the vision of Quaid-e-Azam Mohammad Ali Jinnah with reference to his speech to the legislature on Aug 11, 1947, days before Pakistan separated from India, in which he pledged to protect the rights of non-Muslims in the newly created country.

Quaid-e-Azam’s choice of Mandal, as the first law minister, and in his cabinet suggested that the country would not be run by the theocratic.

To assert this commitment, the Government of Pakistan declared August 11, as National Minority Day in 2009.

The day is observed to reaffirm the commitment that despite belonging to different faiths we are one nation that continues to march for a united and prosperous Pakistan. Events, seminars, and social gatherings are being arranged across the country on the day by members of various religious minorities.

Languages are a bridge to build communication and understanding – MA...