Pak cabinet approved new spectrum policy for auction of additional mobile networks (spectrum) across the country including Gilgit-Baltistan and Azad Kashmir so that the people of these areas could also have better mobile phone and internet facilities.The decision was taken at a meeting of the federal cabinet presided by Prime Minister Imran Khan. 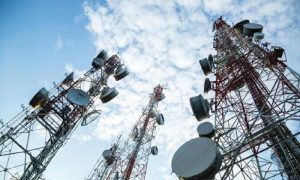 The report highlighted that increased access to spectrum would result in enhancing the outreach of telecom services, hence, greater tax receipts for the government, which could offset the perceived loss in government receipts due to rationalization of spectrum prices.

GSMA’s 2020 report on Pakistan pointed out that the country had assigned significantly less spectrum to the operators compared with many developed Asian markets and several neighboring countries.

In the region, only Nepal has assigned lesser spectrum to mobile services and Pakistan’s mobile industry is one of the most spectrum-deprived in the world due to higher pricing if compared with the return on investment on the resource.

Mr Aminul Haq said following the cabinet decision his ministry would issue policy directions after which the Pakistan Telecommunication Authority (PTA) would hold auction of the new spectrum in 35 to 45 days. He said the PTA would ensure transparency and fair play in the auctions.

LG Delivers both Power and Intelligence in New Smart Display with...