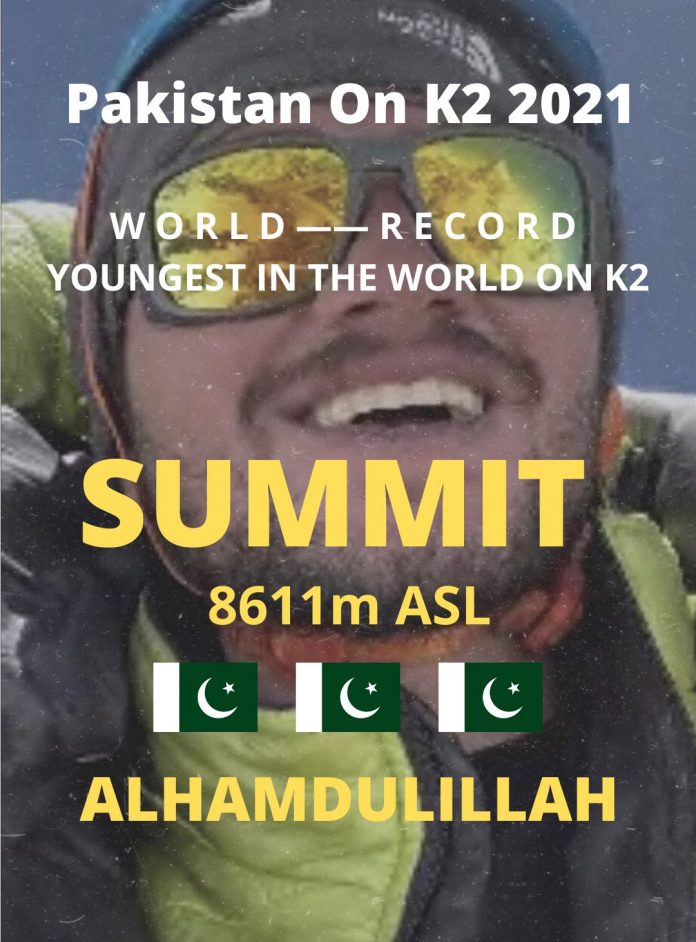 Lahore (NUT-Desk) A 19-year old Pakistani climber shehroz kashif became the youngest person in the world to reach the summit of K2, the second-highest peak in the world.

Mr. Shehroze Kashif from Lahore achieved the feat of scaling the 8,611-metre high peak with the aid of bottled oxygen.

“Good News! Received the confirmation from K2 Base Camp that Shehroze Kashif has summited K2 8611-M. It’s a new world record! Youngest in the world to stand on top of K2 8611-M at the age of 19 years. Congratulations!,” Mr. Karrar Haidri, Secretary Alpine Club of Pakistan, said in a statement. 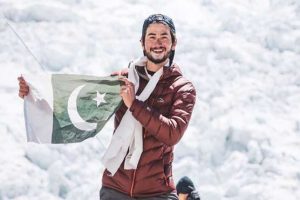 Before Mr. Kashif, Mr. Sajid Sadpara, the son of the legendary climber Mr. Muhammad Ali Sadpara, was the youngest person to have climbed K2 at the age of 20.

Mr. Kashif also scaled the world’s 12th-highest mountain, the 8,047-meter Broad Peak, at the age of 17. In May this year, he became the youngest Pakistani to scale Mount Everest.

The U. S. embassy also congratulated him via twitter. “Congratulations Pakistan! @Shehrozekashif2 has set the record for being the youngest Pakistani to reach the K2 summit! What an amazing accomplishment! Congratulations Shehroze Kashif!” .

Camelia Gale special visit to The Buraq Center by LADIESFUND