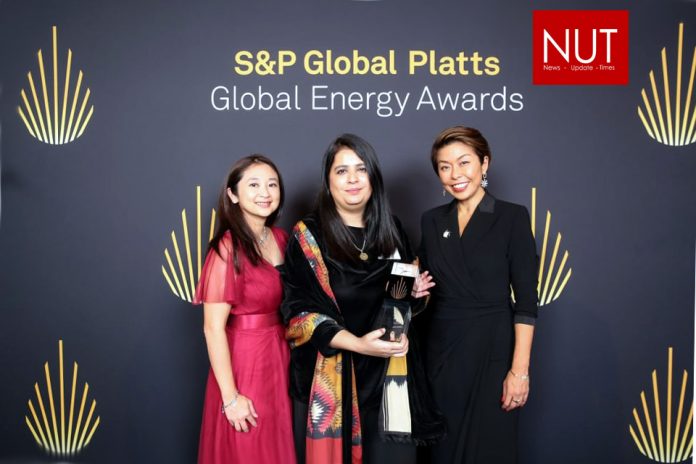 First time a company from Pakistan has won at these prestigious energy awards
Lahore (Muhammad Yasir)  The highly coveted and most prestigious forum for the energy sector across the globe, S&P Global Platts Energy Awards announced K-Electric as the winner for its Roshni Baji Women Ambassador Program under the Corporate Social Responsibility – Diversified Program Category. Often described as the “Oscars” of Energy, the 23rd Annual Awards program was held at the Cipriani Wall Street in downtown Manhattan, United States. Out of 190+ companies from 29 countries shortlisted as the finalists, only 20 companies from 11 countries were awarded under 22 different categories. KE made it as the finalist in 3 categories this year including ‘Chief Trailblazer of the Year’, ‘Corporate Social Responsibility Award – Diversified’, ‘Engineering Solution of the Year’.
This is first time a Pakistani company has won this esteemed international award which is happening every year since 1999. This distinguished accolade has come as an acknowledgment of the utility’s commitment towards empowering women and uplifting the society through its Roshni Baji Program which has now become a source of national pride. KE initiated this program with a simple yet powerful objective to provide economic independence to women by making them ambassadors in their residential areas to spread awareness about safety, power theft hazards, and energy conservation at large. For this, KE also equipped them with various skillsets such as teaching them how to ride and maintain a bike, training them in martial arts and self-defense, and making them Pakistan’s first certified female electricians which entailed 8000 man-hours of training cumulatively. With the utility’s efforts, these women received enough confidence to break down barriers in an industry that was previously known to be male-dominated.
The program is endorsed by NEPRA under its vision of ‘Power with Prosperity. It is co-powered by Guarantco and is launched in collaboration with Children for Concern (CFC). While congratulating K-Electric at this jubilant occasion, Tauseef H. Farooqi – Chairman, NEPRA said, “K-Electric continues to set an example for other companies in the power sector to step forward and assume a greater role in the development of our society, and this award comes as a well-deserved testament of their sincerest endeavors in this regard. As it did in the case of Roshni Baji Project, NEPRA, as the Power Regulatory Authority of Pakistan, under its own initiative of ‘Power with Prosperity’ will continue to extend its complete support to K-Electric and other organizations in bringing about a positive change in the society through inclusive engagement of the communities they are operating in.”
Sharing his contentment on receiving this award, Syed Moonis Abdullah Alvi – CEO, K-Electric who was also nominated as a finalist for ‘Chief Trailblazer of the Year’ category stated, “This is a historic win not only for K-Electric but also for the entire power sector of Pakistan. We see this recognition as a big leap forward for the entire industry towards putting it on the global map. As for K-Electric, it is an absolute honor to be selected as a finalist for 3 different categories and a winner in one of them while competing with the best of the best in the energy sector on an international level. This landmark achievement will surely inspire us to raise our performance benchmarks even higher so that we bring more such prideful moments for the nation.”
Expressing her delight at the occasion, Sadia Dada – Chief Marketing & Communications Officer at K-Electric said, “This award has put us among the best in our field and opened doors of new opportunities to learn from our global peers and share our experiences with them. We are delighted that through this prestigious award, we have received global recognition for our efforts to bring about a positive change in our society and increase the participation of women in the power sector that remained underrepresented by them. We would also like to share our achievement by paying tribute to our regulator NEPRA and its Chairman, Mr. Tauseef H. Farooqui under whose vision of ‘Power with Prosperity’ we feel encouraged and inspired to achieve new heights of success in uplifting the society. Moreover, this award is dedicated to our Roshni Bajis and all the women in the power sector who are working hard and reshaping the dynamics of this industry.”
The Roshni Baji initiative was conceived in line with the UN’s 5th Sustainability Development Goal (SDG 5) that aims to achieve gender equality and women empowerment by the year 2030. The first cohort of 40 women was inducted in February 2021 and only within 7 months, the group engaged over 120,000 households in their own communities to raise awareness. 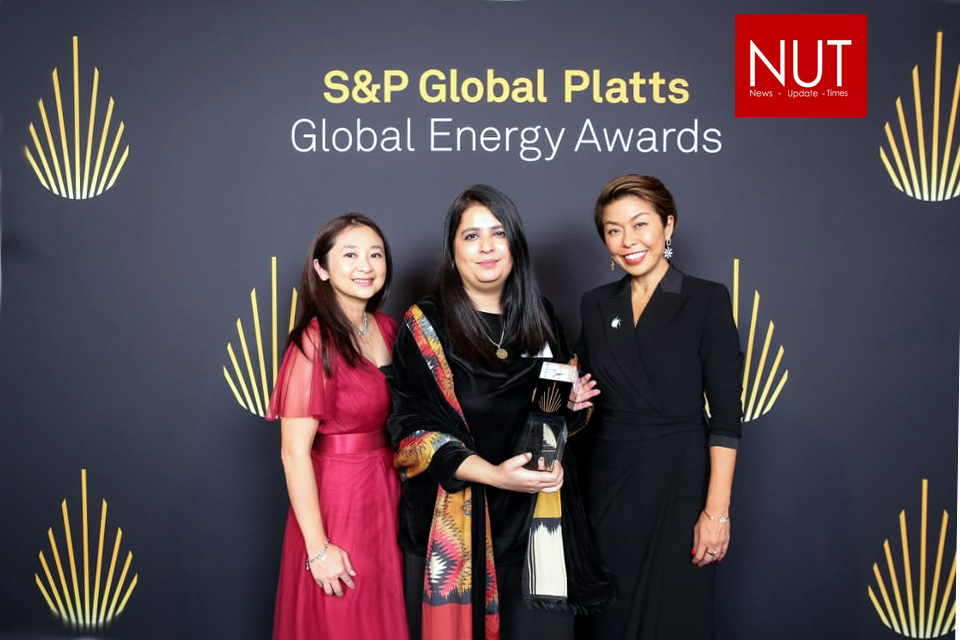 Photo Caption: KE wins at S&P Global Platts Energy Awards in New York for its Roshni Baji Women Ambassador Program under the Corporate Social Responsibility – Diversified Program Category. Often described as the “Oscars” of Energy, the 23rd Annual Awards program was held at the Cipriani Wall Street in downtown Manhattan, United States. Out of 190+ companies from 29 countries shortlisted as the finalists, only 20 companies from 11 countries were awarded under 22 different categories. KE made it as the finalist in 3 categories.