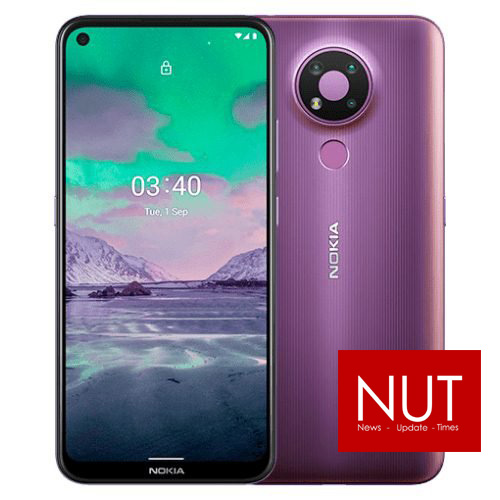 Nokia 5.4 with 4,000mAh long battery life and the clean android one with Snapdragon 662

Nokia 5.4 is the latest entry in Nokia’s budget line of phones after the recently launched Nokia 3.4. The 5.4 got unveiled globaly in December last year, featuring the Snapdragon 662, which puts it in direct competition with the POCO M3 and the like. And it’s now available in Pakistan. Advance Telecom made the official announcement yesterday.

The all-new Nokia 5.4 offers a clean, stock Android One experience that many would appreciate, but it lacks the feature set that its aggressively priced competitors have.

The smartphone is made of plastic without any Gorilla Glass protection. It’s 8.7mm thick, but the shell curves to make up for it. We’re looking at the familiar Nordic design that comes in Polar Night and Dusk shades. A donut-shaped camera housing rests above the capacitive fingerprint scanner. Nokia 5.4 has a dedicated button to summon the Google Assistant (but it can’t be mapped to other shortcuts).

Flip the phone over to find a generic 6.39” IPS LCD panel with a hole-punch cutout. Where the cheaper Xiaomi models feature 1080P screens, the Nokia 5.4 peaks at 720P. The charging speeds also feel out of place in 2021. The phone’s 4000 mAh battery is powered over 10W.

Android10 is shipped with the 5.4. It’s not the latest version, but HMD guarantees two years of Android upgrades. Combined with the low-res screen, the bloat-free OS easily stretches the battery life past a day. And thanks to the hybrid tray, the storage on the new addition to the Nokia price list can be expanded with a microSD card.

Similarly, a 3.5mm headphone jack is available. The mono-speaker is unremarkable. Of the total five cameras, four live in the rear-camera housing. The array features a 48MP f/1.8 wide camera, joined by a low-res 5MP wide-angle cam and a pair of 2MP sensors to pad the count. The front camera is a higher-res 16MP.