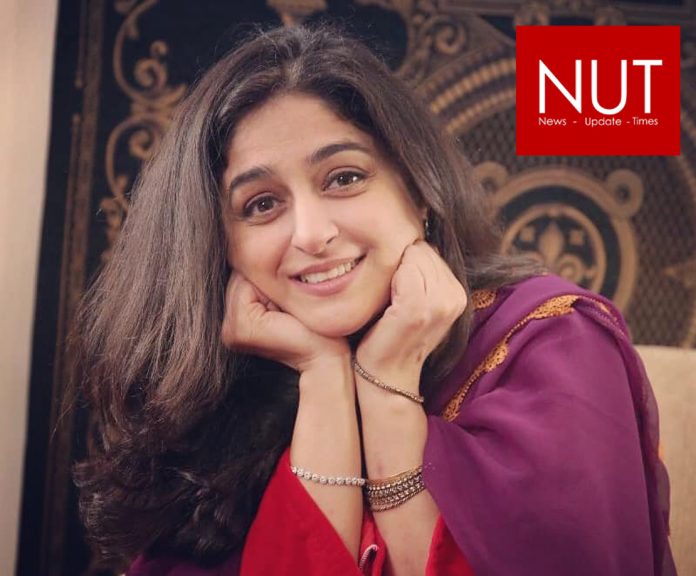 Lahore (Muhammad Yasir) Acclaimed theatre and TV actress and activist Nadia Jamil has been bestowed with the first Shahkaar Award for performing artists who have valiantly fought against traumas and illness. The award was announced by Justice (Rtd) Nasira Javed Iqbal at a zoom ceremony. The award has been launched by Ajoka Theatre and Shahkaar Higher Education Research Hub, in memory of veteran actor Arshad Durrani, who passed away two years ago.

Nadia, who has been a prominent actress, anchor and child rights activist, has been fighting against illnesses and disabilities from a young age. She has recently recovered from Corona and is a cancer survivor. Nadia started performing as a school student and played major roles in plays by Ajoka Theatre, NAPA and Olomopolo. She has acted in a number of popular TV plays and telefilms and also in art films including “Raat Chali Hai Jhoom Ke” and “Beauty Parlour”. Nadia is also known for her bold views on feminism and the “Me Too” movement. 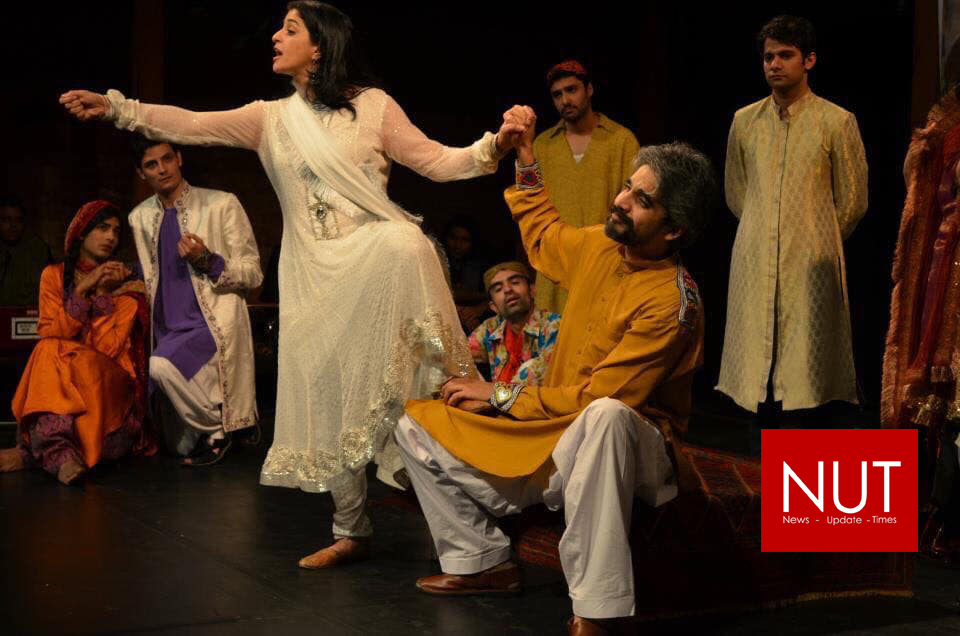 Young actor and activist Sibte Hassan of Makhotay Theatre was declared winner of the Shahkaar Theatre Excellence Award for his commitment to socially meaningful theatre.

The Shahkaar Arshad Durrani Award “Against All Odds” has been launched to acknowledge the services of  artists who, despite trauma, illness, disability or old age,  have defiantly continued their work in performing arts.

The Shahkaar Arshad Durrani Award for Excellence in Theatre, Staged the Change,  has been issued for significant contribution to theatre by actors, playwrights and practitioners for social change.  The award carries cash prize and a shield, and has been co-sponsored by Ajoka Theatre and Shahkaar Higher Education Hub, a research project of Sydney-based Sumaya Durrani who is daughter of Late Arshad Durrani and prominent visual artist.

The winner, Sibte Hassan started his career as a theatre activist while a student at the Punjab University. He has played major roles in Ajoka’s plays including Bulha, Kaun Hai Yeh Gustakh, Mera Rang Day Basanti Chola, Kabira, Lo Phir Basant Ayee and Kala Meda Bhes. He founded Makhotay Theatre which has performed plays on social and political themes and organized theatre for social change workshops. He is also an active member in the Peoples’ Students Federation.

The names of the winners were announced by the Awards Selection Committee chairperson Justice (Rtd) Nasira Javed Iqbal at a zoom ceremony. The announcements were made in the presence of the selection Committee members including Ajoka’s Executive Director Shahid Nadeem, Ajoka Chairperson Zara Salman, visual artist Saira Dar and Ajoka Institute Director Nirvaan Nadeem. Sumaya Durrani was also present..

Justice (Rtd) Nasira Javed Iqbal while announcing the award said that it was of vital importance to acknowledge and encourage theatre and performing artists. He congratulated Ajoka for launching the awards and hoped this initiative will inspire young artists to pursue their careers in performing arts.  Shahid Nadeem said that the Selection Committee received nominations for distinguished actors and artists and the decision of the Committee was unanimous. Sumaya Durrani said that Ajoka theatre was instrumental in unleashing her father’s creative imagination as an actor in the wake of trauma, disability ,  terminal illness, and loss. Zara Salman, Nirvaan Nadeem and Saira Dar also spoke on the occasion and congratulated the winners of the award and paid tributes to the commitment and dedication of late Arshad  Durrani. The awards will be presented to the winners at a special award ceremony in January 2021.

Bilal Abbas Khan to Play A Negative Role In “Cheekh”