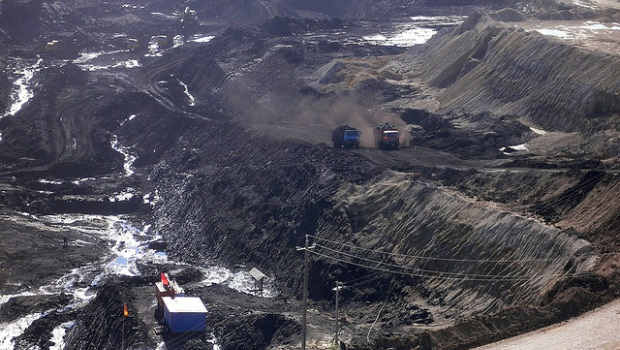 Lahore –  Sindh Engro Coal Mining Company (SECMC) chief executive officer Shamsuddin Shaikh said on Thursday that his company was pursuing an adequate resettlement plan for the communities affected by its effluent disposal scheme in Thar.
He said that under the plan, residents of a ‘chauhra’ in the affected area would be relocated to the best village of Pakistan before 2019 and residents of Tharayo Halepoto would be shifted first. “The company is also taking care of disaster management as and when required,” he said.
He clarified that due to delay in the execution time line of effluent disposal scheme the SECMC took it upon itself to complete it with government’s permission, which led to an outcry, ending up in litigation. “Gorano area is a natural depression with two natural dykes while two more had to be built,” he said.
“We owe responsibility if anything happens to Gorano because it will jeopardise the whole mining process which will come to a halt if water level starts rising which, for us, means everything is going down the drain,” he said.
He said that once this effluent was thrown into Gorano, water from mining and from Left Bank Outfall Drain would be treated before use in power plant for cooling purpose of machinery.
SECMC chief said that cost of corporate social responsibility was not allowed under coal tariff regime due to certain requirements. Health and education sectors were given consideration. “Construction of 100-bed hospital in Islamkot and schools are under way,” he said.
Islamkot would become a modern taluka of Sindh. “Development project leads to relocation and somebody pays ultimate cost,” he said.
He said that SECMC had even engaged Thari women as drivers with a salary of Rs35,000. Amazingly, women of the area were producing good results as drivers. “They themselves volunteer to drive heavy trucks and women like Ms Gulabana say why can’t they do what their men can do,” he said. So, he added, brisk economic activities were being witnessed in Thar thanks to coal project.
He said that laboratory-level experiments were done for bio-saline agriculture and such experiments would be done on field level before some acreage was involved for proper outcome.
He said that mining and power generation in block-II of Thar coal would start by June 3, 2019. Sharing details of the project he said that phase-II of another 660MW power generation unit in the same block would see its financial close in March 2018 to be completed by mid-2020 by Thar Electrical Power Limited and Thal Nova. It would be followed by other companies’ project of identical 660MW units in Thar. “We can safely say that we will be producing 4000MW by 2025,” he said.
He said that Sindh government had 54 per cent share in SECMC and that around 37pc of power and 40pc of mining work stood completed. Dewatering during open-pit mining was a huge task and so far 85m depth had been achieved. “And this saline water is to be stored in Gorano reservoir,” he said and added that after three years this water will either evaporate or absorb in soil.
Mr Shaikh expressed satisfaction over quality of Thar’s lignite coal and compared it with coal in European region.
He was critical of the fact that when Sindh government was to handle Gorano’s EDS then why did his firm not take it upon itself to run it.
Prof Mushtaq Mirani was of the view that if results of bio-saline agriculture experiments remained positive then these could lead to growth in agriculture because 70pc of groundwater in Sindh was saline. SECMC should promote entrepreneurship, he said.
Naseer Memon, who joined Engro PowerGen as its general manager corporate social responsibility (CSR) and public affairs, was also present.