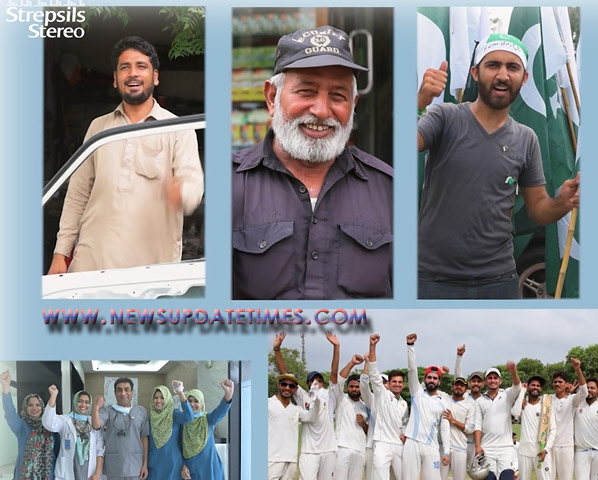 Lahore (Muhammad Yasir)  “Mera Pakistan Challenge” is the karaoke challenge that has taken the country by storm. It is based on the Strepsils Stereo original song, Mera Pakistan released around Independence Day.

“Mera Pakistan” is an Acappella composition that features 100 voices and 9 music artists including Ali Noor, Ahsan Pervez, Shiraz Uppal, Sara Haider, Ayesha Omar, Kami Paul, Rabi Peerzada and Haddi Uppal. The song stirred the right emotions of patriotism and pride with its thought-provoking lyrics and catchy tune created by mouth, stomps and claps without the use of any musical instrument.

The anthem was received well by the nation and garnered 1 million views in just a mere span of 3 days. The song also managed to gain attention across the border. To continue this momentum, Strepsils Stereo has now announced “Mera Pakistan Challenge” where you can either dance to the song or record a karaoke version of the song and share your video on Facebook or Instagram with #MeraPakistanChallenge to win exciting prizes by Strepsils Stereo. The response so far has been mind-blowing, and the most popular way to participate, it seems, is by way of a carpool karaoke. Within a few days, multiple people have already taken up the challenge and even celebrities took part into the competition.

Regarding the challenge, Humayun Farooq, Marketing Director, Reckitt Benckiser Pakistan (makers of Strepsils) said, “Mera Pakistan was immensely appreciated by Pakistanis. Seeing this remarkable response, Strepsils Stereo decided to launch a challenge that will bring more talent into limelight and will be fun for all. We wish all the participants good luck and may the best contestant wins!”

Strepsils Stereo is Pakistan’s first and only ‘Acappella’ based music platform. ‘Acappella’ music is a unique genre produced either solo or by a group without using any instruments, just through vocal variations. Season 1 of the platform, launched in 2017, included three songs Khyaal Rakhna, Rang De and Dil Jo Chahey topping the charts, with an average of over 5 million views on each.