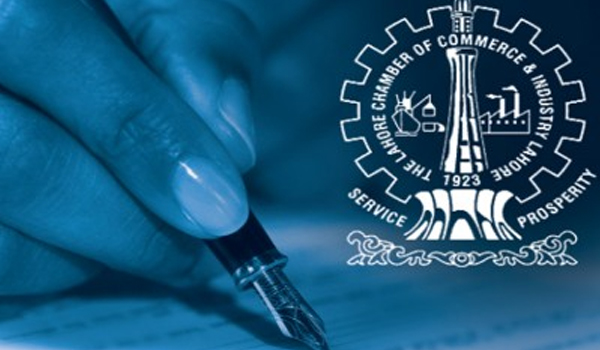 LAHORE – The Lahore Chamber of Commerce and Industry Friday launched its own android mobile application (APP) and became first chamber of the country which has introduced such a modern service for its members.

The LCCI APP, easily accessible from any smart phone, will strengthen business connections of the LCCI members and they would also get easy access to the concerned information.

At the first stage, the facility is available on android phones only while in next three months, it would be available on other systems as well.

This mobile application will provide information to the business community regarding events, recent updates, registration process of membership and member’s details.

Abdul Basit said that this initiative has been taken to bring the Lahore Chamber of Commerce and Industry at par with the chambers of commerce of the developed world. To expedite the processes, an upgraded system has been put in place. He said that the Lahore Chamber of Commerce & Industry would continue to facilitate its members in the larger interest of the trade, industry and economy.

The LCCI president urged the LCCI members to get full advantage of the APP. He said that in today’s world, IT knowledge was of prime importance as not only it unlocked the doors of progress and prosperity but also provided a chance to get access to global opportunities.

He said in the knowledge race in the 21st century and rapid globalization, the quality of information technology-based education has to be enhanced to bring it at par with international standards for bringing the country out of economic mire.

The government would have to spend more on education to achieve the goal as the existing budget is too meager to produce desired and required results”, Abdul Basit added