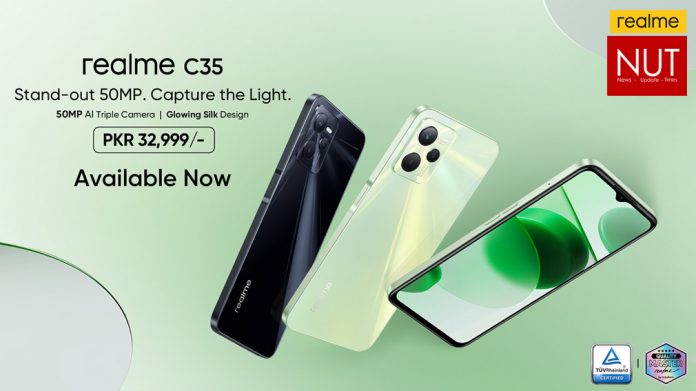 The pre-order stock of realme C35 was sold-out online within the first five days of its pre-order announcement, setting the stage for one of the hottest selling C-Series debuts for realme.

realme is debuting its first C-Series smartphone of the year – realme C35 in Pakistan today, following tremendously successful sales run in European and South Asian markets. The realme C35 drew online pre-orders in droves by selling out all of its stock within the first five days. Now, the C-Series hot seller, with its Glowing Silk Design, 50MP AI Triple Camera and 6.6-inch FHD Display is about to storm the offline markets all across Pakistan.

realme prides itself on being an innovator in its field, dreaming up impressive technology and creative designs for its multiple series of phones. For the latest entry in the budget-friendly C-Series, the realme C35, the rising smartphone brand has taken inspiration from one of the world’s oldest and richest materials – silk. realme’s C-Series has amassed a legacy of providing high quality smartphones with realme’s tech democratization efforts for consumers that are on a budget. The realme C35 was engineered with the Glowing Silk Design to pay homage to the precious silk material and emulate its characteristics through the language of design.

Modeled after silk, the realme C35 has a premium look and feel to it. The budget handset aims to provide a sense of luxury you might associate with silk woven clothing. Its aesthetic is similar to phones in a higher price bracket, being clean, simple, yet attractive. Silk was regarded as a symbol of wealth and status in ancient Chinese society. With the realme C35 you can look expensive without having to spend luxuriously. While it is not commonly known, silk is among the strongest textiles on the planet, having unbelievable tensile strength and elasticity.

This has inspired the highly durable design of the realme C35. Undergoing rigorous testing by TUV Rheinland, the realme C35 has proven that it can endure falls, scratches, and that its components are reliable, earning it a TUV Rheinland High Reliability Certification. The endurance of silk has also inspired the long-lasting 5000mAh battery found in the realme C35. Like silk, the realme C35 is smooth to the touch and shimmers in the light. The realme C35 is ultra-thin, having a thickness of only 8.1mm, making it thinner than most of its competitors. This is symbolic of silk which is also a thin, smooth material. The silky smooth experience also extends to the smartphone’s display as it features a 16.7cm (6.6”) FHD Fullscreen that can provide a resolution of up to 2408×1080 so you can see richer details.

The realme C35 really helps you stand out from the crowd in the best way possible. Apart from all the eye-catching features already discussed, the realme C35 comes equipped with a powerful 50MP AI Triple Camera so you can capture the best images while you look your best. Silk’s history of being kept away from the world because of its value only to be shared with the world at a later stage also mirrors realme’s efforts with democratizing technology over the years which was first locked into more premium segments. realme believes that luxury shouldn’t be hidden behind a steep price tag and that luxury is a feeling everyone deserves. You can get your very own slice of luxury at an affordable price when the realme C35 becomes available for sale all over Pakistan for just PKR 32,999/- on Saturday, May 28, 2022 so mark your calendars! 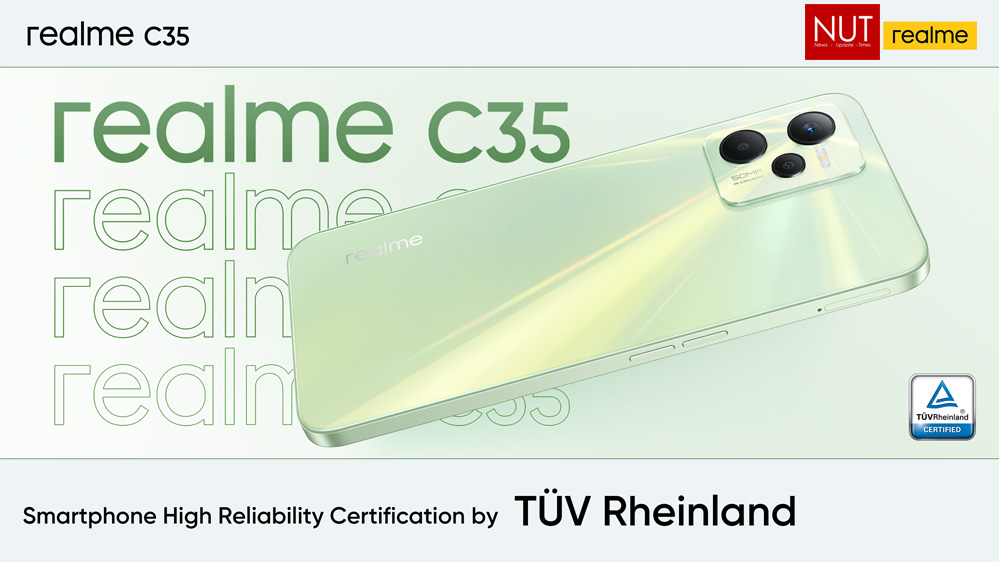