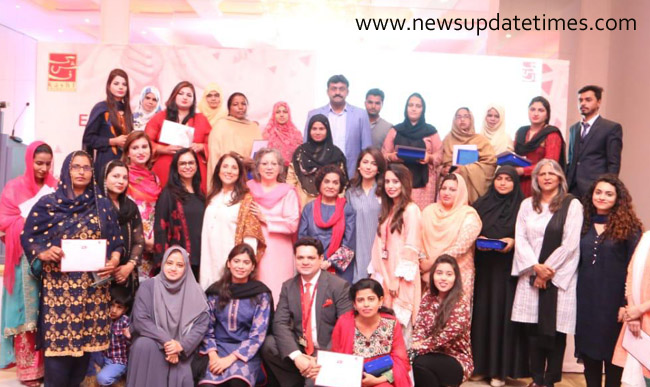 Lahore (Muhammad Yasir) Kashf Foundation, with the support of The Coca-Cola Export Corporation Pakistan, organized the Kashf Entrepreneurship Awards 2019, on Tuesday at a ceremony held in Lahore. These annual awards aimed to recognize and honour the efforts and perseverance of Kashf female entrepreneurs and field staff from all across Pakistan, who have contributed to a positive social and economic change for a better future of all, while blazing a trail for the new generation of aspiring women entrepreneurs.

“Women of Pakistan are as talented and capable as men are. This Women’s Day we want to acknowledge the efforts of all our brave women from across Pakistan who have been breaking stereotypes and growing phenomenally as outstanding women entrepreneurs. This event has been about recognizing all our heroic female entrepreneurs and artisans, commented Roshaneh Zafar, MD Kashf Foundation.

“In 2010 Coca-Cola pledged to empower 5 million women globally by 2020 and we as Pakistan have contributed over 9,000 economically empowered women. Our partnership with Kashf is the best practice example of gender equity by creating women entrepreneurs who support their families through improved livelihoods. Today, we salute these women around us who have been strong and resilient in every way of life,” said Asmara Nomani, Coca Cola’s HR Director.

Ten inspiring women entrepreneurs and Business Development Officers were recognised for their self-belief, resilience and passion. The awards ranged from honouring the women on their young age achievements, inspiration, community service to innovation and balancing domestic duties alongside their businesses. These women were selected without any discrimination on the basis of caste or religion and solely applauded for their path breaking initiatives, mostle in male dominant communities.

The event also included awarding the outstanding women from Punjab Skills Development Fund’s Skills for Market Linkages Program 2018-19, implemented by Kashf Foundation in the districts of Kasur and Nankana Sahib.

“The scheme catered for providing sustainable market linkages for talented women in rural areas on the trades of adda work, hand embroidery and tailoring. The enthusiasm with which they participated and completed the 12-month long program, and are now actively participating in commercial activity, was truly inspiring for us and strengthened our belief in their talent and resolve to achieve.”, said Mr. Jawad Khan, CEO PSDF, who was also present at the event. 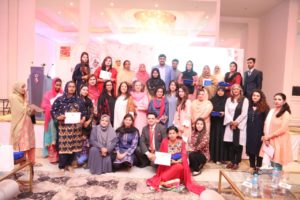 Kashf Foundation, with the support of all its partners, aims to galvanise a community of influential women entrepreneurs, from the grassroots, to harness their potential with Kashf’s financial and non-financial assistance, so they can be the change for themselves and for many others around them.