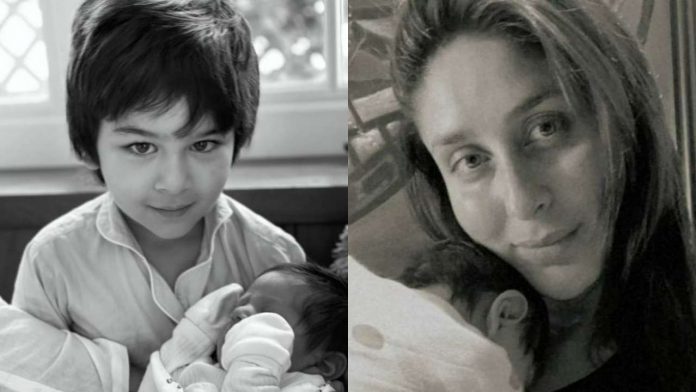 Saif Ali Khan and Kareena Kapoor Khan had been quiet about their second son’s name for the longest time. Last month, Randhir Kapoor had revealed that his grandson has been named Jeh.

The couple, who became parents for the second time back in February, have reportedly named their baby boy Jehangir Ali Khan. Jeh is apparently a short form of the same.

Confirming the news, a source reveals, “Yes, they have named their son Jehangir Ali Khan. Saif and Kareena have refrained from revealing the name as they do not want any kind of controversies surrounding it.”

The source further reveals that the couple was contemplating a few names, “When Taimur Ali Khan was born, Saif was keen on naming him Faiz after the famous poet Faiz Ahmed Faiz but Kareena decided to go with Taimur. This time too, Saif was keen on naming the child Faiz, but later on, the couple thought of naming their second child Jehangir Ali Khan.”