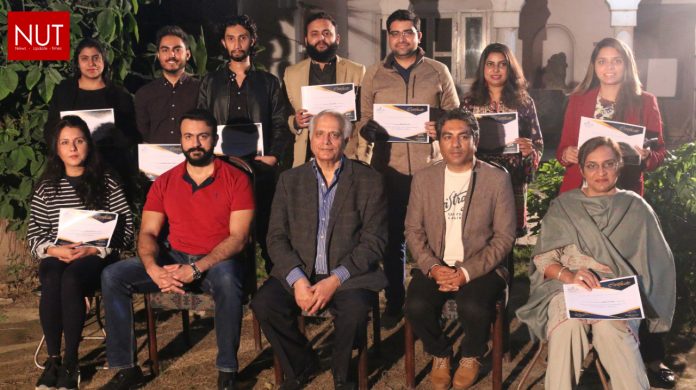 Lahore (Qasim Ali)  Ajoka Institute’s Film-making Masterclass came to a successful conclusion on Monday 1st March with the screening of two short films developed by the students. Held under the mentorship of well-known director Aamir Yousaf, the 5-day long masterclass focused on concept development, lighting, camera work and post production. The first short film focused on the unintended but disastrous consequences of irresponsible forwarding of social media posts and pictures while the theme of the other production was the negative attitude towards acting as a career. Ajoka’s Executive Director Shahid Nadeem and Ajoka Institute Director Nirvaan Nadeem attended the screening ceremony and distributed certificates to the students. Those awarded certificates were: Komal Bhatti, Akbar Lashari, Omar Malik, Anila Rizwan, Khurram Hamid, Maryam Tanwir, Midhat Yaseen, Muaaz bin Zaka and Fatima Ali.
Shahid Nadeem, while speaking at the concluding ceremony, appreciated the work of the students in the short span of 5 days and said that  Ajoka will continue to provide opportunities for training and creative use of the talent of the youth through its classes and productions.
Masterclass trainer Aamir Yousaf thanked Ajoka for holding the masterclass and congratulated the students for their remarkable achievement in the course of five days.
Ajoka Institute Director Nirvaan Nadeem announced that, encouraged by the success of the master class and the enthusiasm of the students Ajoka will soon hold a short filmmaking course. 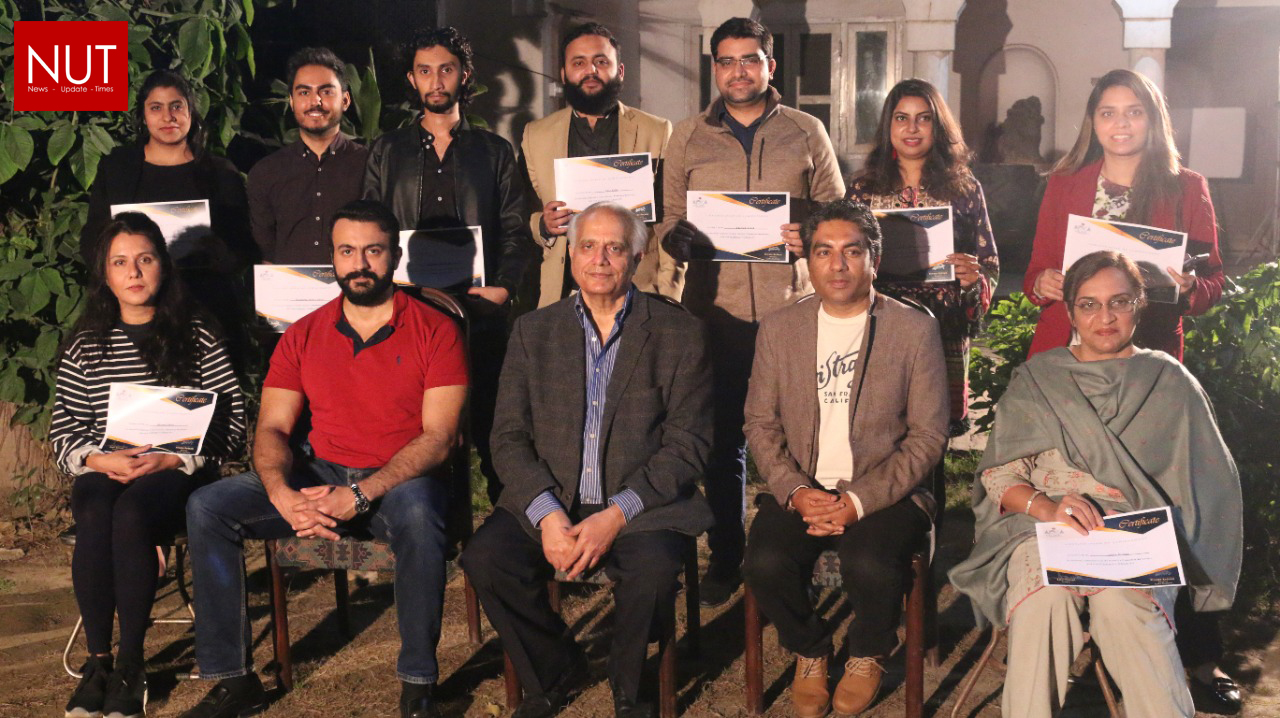 Hadiqa Kiani embarks on a new musical journey with VASL