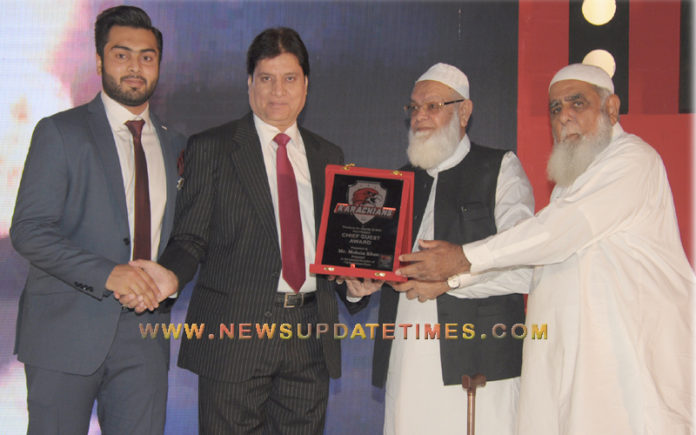 Karachi (Muhammad Yasir)  Karachians today announced their grand arrival into the cricketing circuit as the eighth franchise to be participating in the second edition of the T10 League, through a colorful launch ceremony for their official team jersey, designed on a classy color theme.

The level of excitement for the second edition of T10 league took an upsurge right after the International Cricket Council (ICC) gave approval for member boards to issue NOCs to their players to take part in the glittering T10 league if they wished so. Following which, the boards along with Pakistan Cricket Board (PCB) issued NOCs, paving the way for the players to participate in the 2018 T10 league.

The second edition of the T10 league starts at the Sharjah Cricket Stadium from November 21 till December 2, 2018.

Karachians is the first city centric franchise of the T10 league, which has been formed to represent the people of Karachi and to give a reason to the cricket enthusiasts of the city to be proud and cheer for their home team.

Speaking at the occasion of the team’s jersey launch, Karachians Owner, Mohammad Imran said, “It is great to see everyone welcoming Karachians, the love and enthusiasm is surreal and makes us feel very proud on making the right choice of the team, our logo symbolizes Karachi – the city of lights and the love for cricket possessed by its people.”

Speaking about the popularity and success achieved by the T10 league, T10 spokesperson Saadullah Khan said, “The second season of T10 league will be even more enthralling as it will feature Karachians as the eighth team, and will be a treat for the crowd which will now get to see more games of this shorter format.”

Mohammad Nawaz, who features in the current squad of Karachians for the second edition of T10 league said, “I am very excited to be a part of the Karachians, and look forward to showcase my skills along with my teammates which features star international cricketers from around the world. It is a proud moment for us as well as the people of Karachi whom we will be representing at the 2018 T10 League” 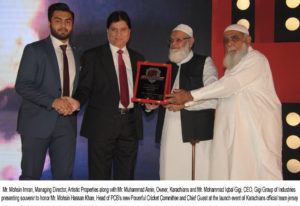 20 leading Pakistan players will feature in the T10 League including two icon players – Shahid Afridi and Shoaib Malik along with Wahab Riaz, Sohail Tanvir, Junaid Khan, Shan Masood, Sohail Khan, Umar Akmal, Mohammad Sami, Mohammad Hafeez and Asif Ali. They will be part of a pool of 104 players – representing all major cricket-playing countries split in to eight teams who will play in two groups at the 12-day T10 League.

Karachians enter the circuit just at a time when cricket is flourishing in Pakistan and the home team is determined to reach newer and higher heights of success.