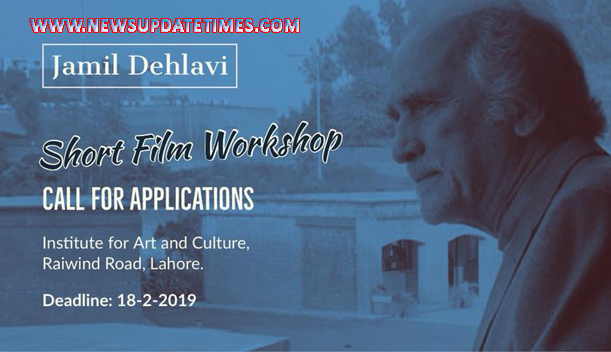 Lahore (Qasim Ali) Internationally acclaimed filmmaker Jail Dehlavi will hold a weeklong short film making workshop at IAC on 4-9 March. The participants will be mentored by Jamil Dehalvi from the script-writing to post production stage. Promising young filmmakers and students of film are expected to participate. The workshop will bbe held at Institute for Art and Culture, Raiwaind Road, Lahore. The films made at the workshop will be screened nationally and internationally. Eight participants, based on their background and portfolio, the participants of each group will select amongst themselves the role of director, cameraperson, scriptwriter or editor for their film

IAC’s Professor Shahid Nadeem who has designed the workshop, while briefing the details, told that this will be  aunique opportunity for budding filmmakers to learn from a creative and experienced filmmaker. This will be the beginning of a series of filmmaking workshops with international experts. 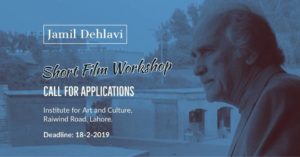 7th Sky Entertainment Brings ‘Fitrat’ – Another Enticing Drama for the...