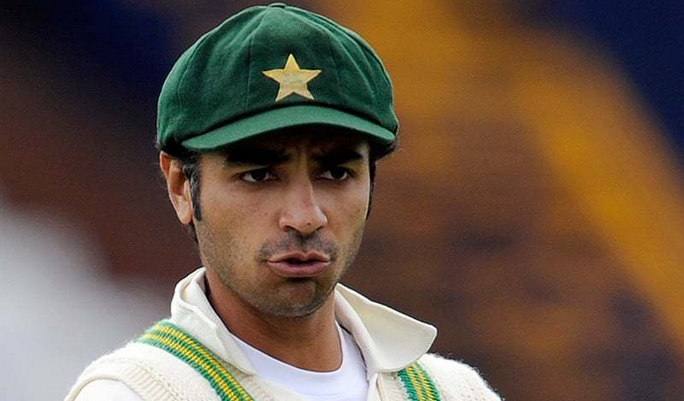 “It’s not hard to make decisions when you know what your values are”. This quote from Roy Disney carries an immensely comprehensive message for all in charge — of course those who possess and regard values.

But the debate on choosing between law and moral values in making key decisions, particularly in our mishmash society, could be a long-winding one since it neither fully and genuinely abides by the laws nor embraces its rich cultural values in letter and spirit.

The alarming rumours about Salman Butt, the disgraced former Test captain, making the national ranks for the forthcoming West Indies ODI series in the UAE are doing the rounds these days.

The southpaw opener himself sounds optimistic, owing to his good form with the bat at the domestic level. However, the Pakistan Cricket Board has been tight-lipped on the subject so far.
The law, of course permits 31-year-old Salman, the convicted spot-fixer of the 2010 Lord’s Test, to be reconsidered for national team selection since he has served the ban handed out to him by a court in the UK and has also completed the rehab process that was made mandatory for him by the PCB before making a return to domestic competitions.

If the speculations regarding Salman’s possible return to the national team hold any substance, then the passionate Pakistan cricket fans who believe in values and clean cricket have every right to ask: where will our cricket end up with?

When Mohammad Amir (after his sentence and rehab procedure ended) was recalled for national duty early this year, it was widely expressed by experts, former players and fans that he, unlike Salman and Mohammad Asif, was the youngest of the tainted trio who fully cooperated with the investigating authorities and therefore deserved a second chance.

But what logic will the PCB come up with now if Salman is selected to represent the country once again?

The big question here is, at what stage should we draw a line to keep the corrupt element out so that our cricket can flourish in a pure, controversy-free environment?
Should the matter — which is of utmost importance to Pakistan cricket’s future — not be dealt with seriousness and a clear vision by the PCB?

What message will the national selection committee led by Inzamam-ul-Haq be giving to thousands of budding youngsters by recalling Salman — that they can indulge in any wrongdoing to fill their coffers overnight and if caught and found guilty, say sorry, accept the penalty and make a safe return to the national ranks?

Moreover, how can Salman who betrayed the country, his own team-mates and tens of millions of cricket fans, by any stretch of imagination become indispensable to Pakistan cricket when there are scores of talented players waiting in the wings to make their mark?

Recent campaigns to scout talent from PSL franchises Lahore Qalandars and Quetta Gladiators have met with tremendous success already as they continue to hold open trials in various regions of Pakistan.

How would these outfits convince thousands of young aspirants to remain honest to the job if a tainted player like Salman somehow makes a return to international cricket?

Many will recall that Salman — perhaps due to his better academic background and communication skills — was chosen to accompany Inzamam-ul-Haq, the then captain, when president George W. Bush appeared for a brief cricket match at the US Embassy ground in Islamabad back in 2006.

That was great exposure for Salman but rather than learning from the unique honour, he unfortunately opted to take the corruption route at Lord’s four years later.

The game of cricket is so much ingrained in Pakistani society that any wrong move by those at the helm is going to affect the entire social fabric in one way or the other.

Misbah-ul-Haq, our dignified and battle-hardened skipper, is proudly going to receive the ICC Test mace in a few days for steering his troops to the top.

At this historic juncture, the talk of calling back Salman who disgraced the game is the last thing one would want to see.

One sincerely hopes that better sense prevails with the PCB and they can avoid this embarrassment that will greatly enhance the reputation of chairman Shaharyar Khan and his board.