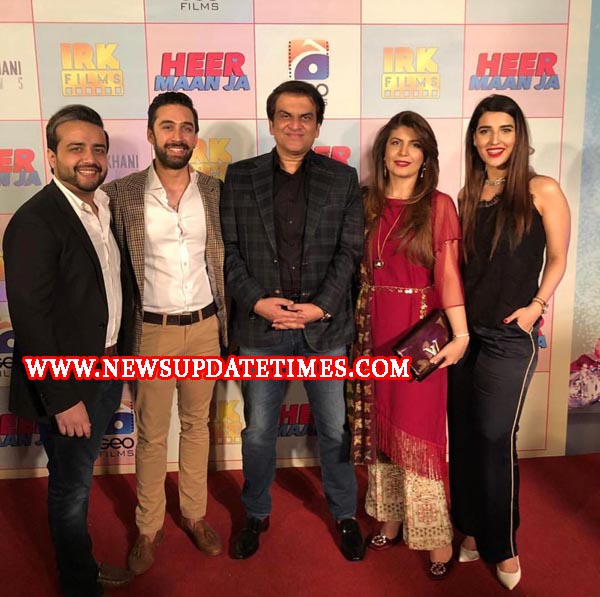 Lahore (Muhammad Yasir) IRK Films and Arif Lakhani Films are proud to announce the media collaboration with the eminent and one of the biggest media houses of Pakistan, Geo Films for their film “Heer Maan Ja” on other day. 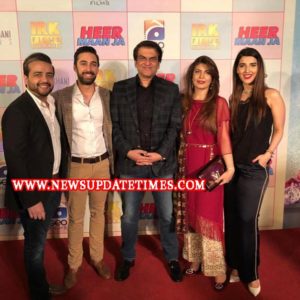 The film stars Hareem Farooq and Ali Rehman Khan in lead roles who have also shown their lit on-screen chemistry in Parchi. Directed by Azfar Jafri, Heer Maan Ja is going to be a rom-com that will light up the cinema screens on Eid ul Azha. 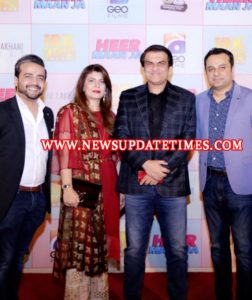 Speaking about this media collaboration, CEO & Producer IRK Films, Imran Raza Kazmi stated, “Heer Maan Ja is a completely different movie to what audience has experienced so far and we are glad to announce that Geo Films is going to be our media partner in Pakistan. IRK Films is ready to explore new horizon with the release of Heer Maan Ja.”

After Parchi, IRK Films and Arif Lakhani Films are all set to win hearts by one of the most awaited films of the year “Heer Maan Ja”.

Heer Maan Ja will be distributed by Distribution Club.

Javed Sheikh joins the cast of ‘Saat Din Mohabbat In’

AnoushayAbbasi shines bright like a diamond in the second season of...