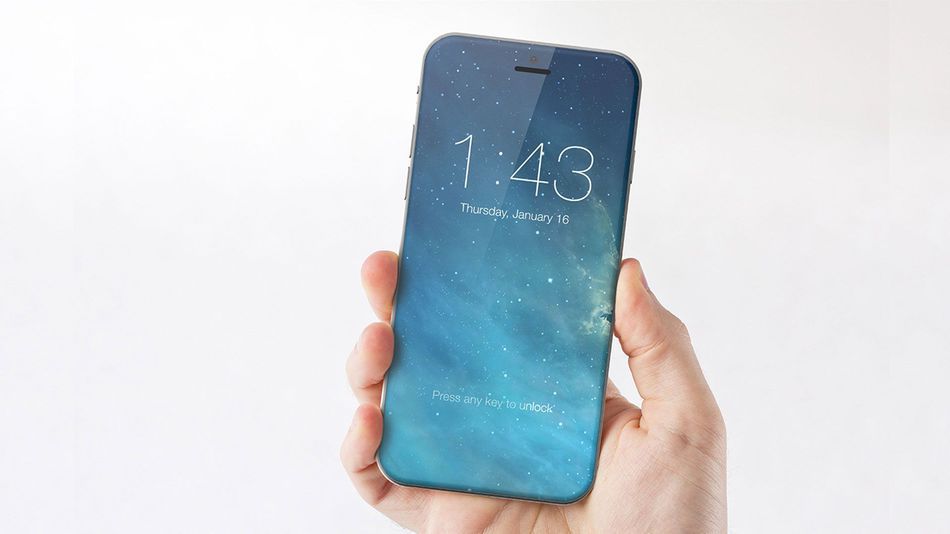 Web Desk – The iPhone 8 might come with larger, curved displays, according to a Barclays Research note sent to MacRumors.

Citing Asian supply chain checks, Barclays Research analysts, believe Apple will switch from the current 4.7-inch iPhone 7 and 5.5-inch iPhone 7 Plus to larger 5- and 5.8-inch displays for the iPhone 8.

The screens will reportedly extend edge-to-edge with virtually no bezels — perhaps like Xiaomi’s Mi Mix. The analysts also believe only the larger iPhone 8 will sport an OLED screen.

Apple copying Samsung seems unlikely, but it’s worth noting the company was granted a patent for curved screens that are similar to Samsung’s Galaxy Edge phones.

If it ends up being true, it would be the first screen size increase since the iPhone 6, which was released in 2014.

Though it’s way too soon to nail down any iPhone 8 specs, the phone’s rumoured to have a brand new glass and metal design reminiscent of the iPhone 4, ditch the iconic home button and embed the Touch ID sensor underneath the display, and possibly sport wireless charging over a distance.

Other rumours which are far less likely include a ceramic case and a Digital Crown (like on Apple Watch).

Of course, the rumours likely to come true are better cameras, a faster processor and a new version of iOS.

The rumours are just that — rumours — and we’ve got a long way to go before the iPhone 8 launches next year in time for the iPhone’s 10th anniversary.