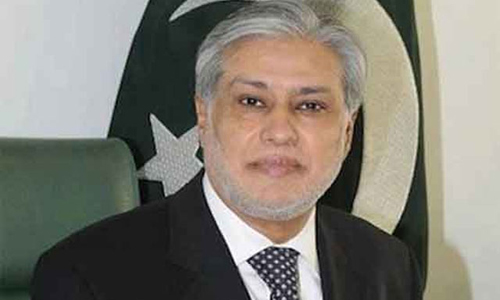 The Companies Ordinance, 2016, contains provisions for simplifying the procedure for incorporation of companies, enabling maximum use of technology, conversion of physical shares into book-entry form in unlisted companies, and encouraging paperless environment at all levels. In order to ensure maximum participation of members in the decision-making the process of the company, the Companies Ordinance, 2016, encourages the use of modern electronic means of communication.

It also includes special provisions to facilitate small and medium enterprises. The Companies Ordinance, 2016, also includes provisions for Shariah certifications of companies and requirements for real estate companies for providing enhanced protection to the investor. Furthermore, the Companies Ordinance, 2016, provides protection to independent and non-executive directors to encourage inclusion on the board, as well as provisions for the manner of selection and maintenance of data bank of independent directors. It aims to address the issues relating to the protection of the interest of minority shareholders and creditors.

The Companies Ordinance, 2016, also introduces other reforms such as relaxations for free zone companies, registration of agricultural promotion companies for the development of agricultural sector, and the establishment of Investor Education and Awareness Fund. It includes provisions for registration of valuers, dispute resolution mechanism through Mediation and Conciliation Panel, passing of members’ resolution through circulation,as well as simplified provisions for expeditious Mergers and Acquisitions. In addition, Companies Ordinance, 2016, emphasises maximum disclosures by Pakistanis to the local regulatory authorities in respect of investment in foreign companies. It also provides facilitation and regulation of Public Sector Enterprises.

Under the Companies Ordinance, 2016, the Securities & Exchange Commission of Pakistan (SECP) will maintain a Companies’ Global Register of Beneficial Ownership, which will have a complete record of the beneficial ownership of the substantial shareholders and officers in local and foreign companies doing business in Pakistan. Moreover, it will be binding on the foreign company operating in Pakistan to provide complete information of its directors, officers and/or beneficial owners. In order to ensure adequate measures against fraud, money laundering and terrorist financing, Companies Ordinance, 2016, empowers the SECP to investigate and also conduct a joint investigation. Furthermore, provisions requiring officers of a company to take adequate measures to curb such violations have also been included.

The Finance Minister remarked that the Companies Ordinance, 2016, has been promulgated to provide relief and incentives to the corporate sector, especially small and medium-sized companies, in order to give immediate impetus to the economy and stimulate economic growth. He said that there was a strong need to revamp the thirty-two years old Companies Ordinance, 1984, in order to provide an improved competitive legal framework for the corporate sector in Pakistan. He said that during various stakeholder consultations, market experts and the business community had expressed unanimous support for enacting Companies Ordinance, 2016, at the earliest, as it would help address long-standing demands of the business community.

The Finance Minister said that the Companies Ordinance, 2016, will reduce the cost of incorporating and doing business, which will enable Pakistan’s corporate sector to be competitive in the international markets. He welcomed the various reforms under the Companies Ordinance, 2016, including use modern communication technology and simplified regulatory procedures. He said that new measures, such as the Companies’ Global Register of Beneficial Ownership, will curb corruption, help address challenges related to off-shore investments, and ensure transparency in governance.

The Finance Minister appreciated the efforts of the SECP, the Ministry of Finance, and the various stakeholders who have taken the time and effort to provide their constructive comments and recommendations, leading to the finalisation and promulgation of the Companies Ordinance, 2016.