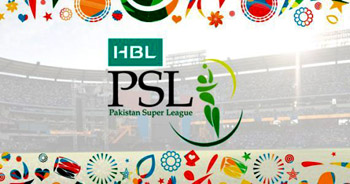 Dubai – Web Desk- The International Cricket Council (ICC) on Sunday said it will not be a part of investigation into a Pakistan Super League (PSL) match-fixing scandal that emerged on Friday.
The Pakistan Cricket Board provisionally suspended Sharjeel Khan and Khalid Latif under its Anti-Corruption Code as part of an ongoing investigation into an international syndicate which is believed to be attempting to corrupt the PSL. Both Latif and Khan were part of the Islamabad United team in the ongoing second edition of the PSL.
“Sharjeel Khan and Khalid Latif have been suspended and the rigorous and wide-ranging investigation by the PCB supported by the ICC will continue as part of collective efforts to protect the integrity of the sport,” read a statement issued by the PCB on Friday.
“The investigation of the PCB Anti-Corruption Unit backed by the ICC ACU has been effective in dealing with this case to date and we will continue to work in the closest collaboration as the investigation proceeds,” it added.
According to an ICC official, the investigation of players involved is the PCB’s internal matter, but the ICC can help if asked.
“The ICC doesn’t have the jurisdiction to get involved in domestic matters or events of a member until requested,” he said.
According to a PCB official, there is some evidence against Sharjeel Khan and Khalid Latif, hence they were sent back from the PSL, whereas certain other players who were questioned and cautioned by the PCB’s Anti-Corruption Unit were allowed to continue playing the PSL as there was no evidence against them.—AFP