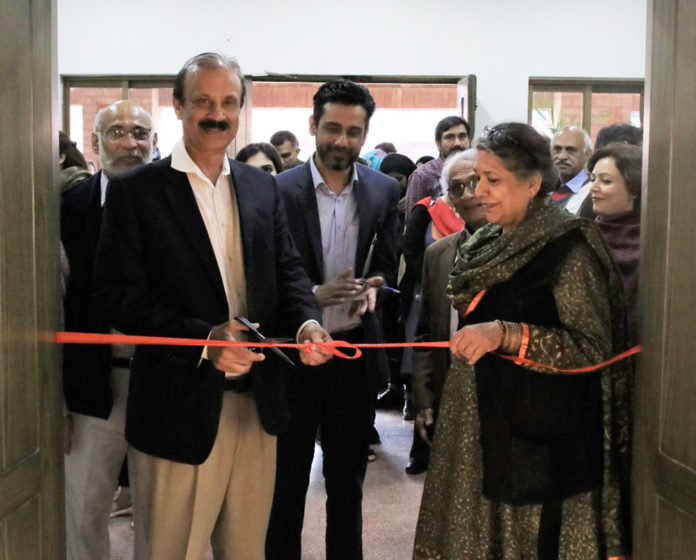 Lahore (Muhammad Yasir) the Institute for Art and Culture (IAC) inaugurated the newly established, School of Post Graduate Studies and Continuing Education. The Director General of the Walled City Lahore Authority, Mr. Kamran Lashari was the Chief guest for the event, where he inaugurated an exhibition which showcases IAC’s research initiatives in safeguarding and for the promotion of Tangible and Intangible Cultural Heritage.

Mr. Kamran Lashari, while speaking to the audience said that this was a very special moment as it is the first time that a private academic institution had partnered with a government department to offer a program to create trained professionals in the field of heritage conservation management. He said that in his many years of service and experience with cultural heritage, he had found a gap as trained conservationists have not been available to conserve the built heritage of Pakistan. He lamented on the fact that the fields of landscaping, conservation and tourism are not well developed in Pakistan and this needs to change. He said that through this program, the future of our culture, heritage and society will be secured. He appreciated the WCLA’s partnerships, of which the one with Aga Khan Trust for Culture has been most monumental.He said that WCLA was excited at this new partnership with IAC  and hoped it would fulfill its mission.
Speaking to the audience, the coordinator for the newly established School, Mr. Omar Farooq, said that the school has been established with a particular focus on conservation of built heritage,intangible cultural heritage, landscape architecture and emerging technologies like game design, animation and multimedia.The academic programs that are to be offered in this school are designed to create a forum for human resource development to safeguard intangible heritage, conserve tangible heritage and for their promotion through creative industries and tourism. Furthermore, the programs also focus on creating awareness and sensitivity towards indigenous cultures and heritage assets.
Prof. Sajida Vandal also appreciated Mr. Kamran Lashari’s extensive work in cultural heritage and for his role in improving resilience of cities. She also said that the WCLA has done some tremendously good work in conservation and restoration and the work is being carried out in a systematic manner.
The exhibition was then inaugurated which showcased the research initiatives taken by IAC that are focused on improving the educational role of Museums, empowering marginalized indigenous communities through safeguarding their Intangible Cultural Heritage, mobilizing youth to own their cultural heritage and developing Integrated Site Management Plans for sustainable tourism of Sikh Gurdwaras of Punjab. Through its research activities, IAC has empowered communities to take ownership of their cultural heritage, to improve their resilience through drawing lessons from traditional knowledge, and helping them document their heritage to pass it on to their future generations. 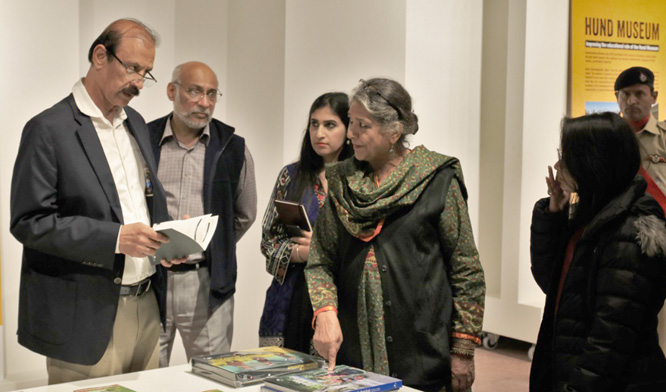