BEIJING: A cooperation agreement ceremony between Chongqing Industry Polytechnic College (CQIPC) and the University of Sialkot (USKT) was held on Thursday. As the first higher education cooperation project between Chongqing and Pakistan in the field of education, it can be called a milestone. The agreement will promote the cooperative relationship between both institutes, provide each other with educational resources and spread Chinese culture and technology. Professional standards will be established jointly to train talents in the fields of automobile, big data, e-commerce, and mechanics and equip them with international vision, knowledge of international rules, and bilingual communication ability, and enhance the international reputation of the two institutes, China Economic Net (CEN) reported. According to Guo Tianping, President of CQIPC, after the additional agreement is approved, the “1+2+1″ pattern will be adopted, in which Pakistani students learn Chinese language and Chinese culture at USKT during the first year. The smooth implementation of the project will promote the international sharing of China”s vocational teaching and certificating standards, accumulate experience and practices for higher vocational colleges to go global. USKT is located at a strategic location in the golden triangle. Muhammad Rehan Younas, Executive Director of USKT stated that the golden triangle consists of many industrial cities of Pakistan contributing 15% export and hub of innovation and creativity. “Nations equipped with educational and technological paraphernalia have higher chances of success in all fields and secure a high pedestal in the comity of nations. These opportunities come in the form of leadership, physical resources, and geo-economic conditions, and so on. I hope this agreement will help us to develop technology-based skills in our students which will lead to the socio-economic growth of the region. “Maintaining that Chongqing is not only one of the four municipalities directly under the Central Government in China, but also the manufacturing center of China, Li Bin, Director of International Department of Chongqing Education Commission, highlighted that Chongqing plays an important role in China in terms of political, economic and cultural fields. “Chongqing”s higher education has established cooperative relations with major countries in the world, and we are very pleased to witness a new chapter in educational cooperation between Chongqing and Pakistan. “Prof. Dr. Saeed Ul Hassan Chishti, Vice-Chancellor, USKT, and Mr. Muhammad Saleem Ahmad Ranjha, Founding Director, AKHUWAT Advisor, National Incubation Center stressed that Chinese enterprises had achieved great success after landing in Pakistan, and USKT has the potential to promote the economic development of the region. 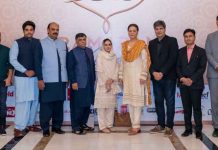 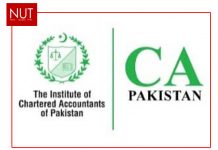