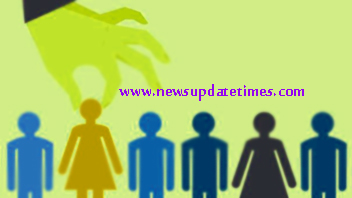 LAHORE  (Muhammad Yasir)  The management of Global Student Entrepreneur Award (GSEA) Pakistan has engaged bankers and IT entrepreneurs in its talent hunt strive for a global competition by Entrepreneur Organisation (EO) in Canada next year.
The GSEA is an international competition series established in 1998 which recognizes excellence among student entrepreneurs who own for-profit businesses while attending a University or college. This business should possess a revenue generation capacity of $500 per month.
EO Lahore chapter management organised a gathering of bankers and IT entrepreneurs at a local hotel the other day to apprise them of the concept of global competition among talented student-entrepreneurs by the GSEA. President EO Lahore chapter Yousaf Waqar welcomed the professionals on behalf of EO.
Shoaib Malik, Chief Organizer GSEA, made a presentation on the talent hunt program. A video containing the process of student selection during the last two years’ activities was also played for the participants.
He urged the bankers and IT entrepreneurs to adopt anyone of four defined roles including program planner, student outreach, student mentorship and financial assistance for the talent hunt program.
He informed the participants that the GSEA Pakistan will conduct three semi finals at Islamabad, Peshawar and Karachi among students carrying business projects before qualifying for the final in Lahore to be held on 18th January. The organizers said they have a strong desire to take the competition to Balochistan as well.
EO Pakistan had taken the initiative of starting GSEA Pakistan in 2016. Two Pakistani students have already participated GSEA global competition on behalf of EO Pakistan. This is third year of the program and leading bankers and IT professionals have been engaged to strengthen efforts.
Earlier, S M Imran, President EO Middle East, Pakistan and Africa (MEPA) region introduced EO Pakistan and MEPA region activities to the participants and urged them to join efforts of promoting Pakistani talent in the global competition for promotion of entrepreneurship.

OneWeb partners with REDtone to offer next generation satellite connectivity