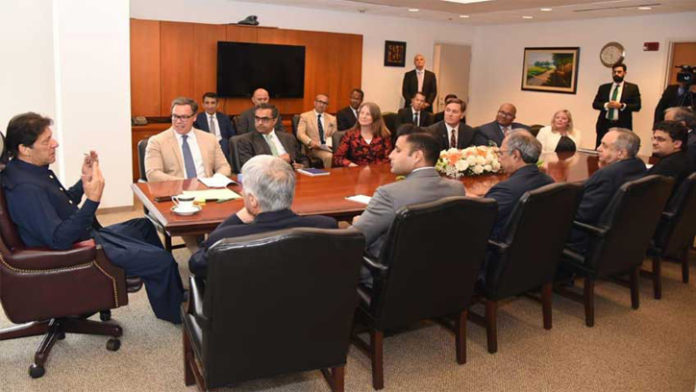 He said measures are being taken for ease of doing business in Pakistan. Investment opportunities in Pakistan also came under discussion during the meeting. The delegation apprised Prime Minister of its business projects in Pakistan. US-Pakistan Business Council delegation led by Mr. Myron Brilliant, Executive Vice President and Head of International Affairs of US Chamber of Commerce also called on Prime Minister Imran Khan at Embassy of Pakistan in Washington DC.

Meanwhile, a delegation of Pakistani-American donors called on Prime Minister Imran Khan in Washington on Tuesday. The donors reiterated their commitment to continue cooperation with Shaukat Khanum Memorial Cancer Hospital. 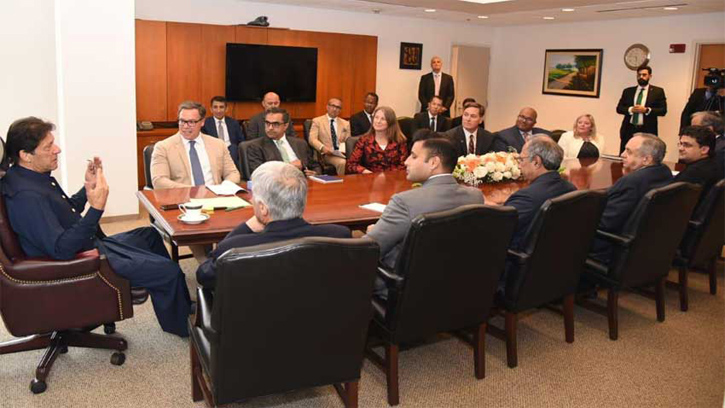 The Prime Minister informed the group of the tremendous potential for US businesses in Naya Pakistan and offered assistance in supporting US investors. He highlighted measures being taken to improve the ease of doing business in Pakistan.

The delegation thanked the Prime Minister for the opportunity to discuss the business and investment climate and informed about their companies’ business plans for Pakistan.