The inauguration of the mine and the power plant of Thar Block II is a significant achievement given that the Thar dream has been an elusive reality for millions of Pakistanis for over 27 years. Having discovered the coal reserves in 1992, limited work had been done on the project prior to Engro taking up the mantle and mission of realizing this dream of producing indigenous and affordable energy for the country in 2009.

The SECMC mine and EPTL power plant are part of the early harvest component of the China Pakistan Economic Framework and formally commenced their project activities in April 2016 – after the financial close of both initiatives. SECMC – formed as one of the largest public-private partnership is a joint venture between the Government of Sindh; Engro Energy; Thal Limited of House of Habib; HBL; HUBCO; China Machinery Engineering Corporation (CMEC) and SPIM whereas the EPTL power plant is a project led by Engro Energy and in collaboration with other commercial partners including China Machinery Engineering Corporation (CMEC), HBL, and Liberty. Constructed in a record time, as per schedule and within projected costs, both the mining and power projects of Block II utilize indigenous resources to power Pakistan and have proven to be a project of national importance.

Abdul Samad Dawood – the Vice Chairman of Engro Corporation, addressed the audience at the inauguration and said: “After 10 years of commitment, perseverance and relentless pursuit of excellence, the Thar Dream has now become a reality. Pakistan’s energy mix is heavily dependent on imported fuel mix which makes us susceptible to international market forces. It is, therefore, imperative that Pakistan finds an energy solution which is available, affordable and sustainable to power its growing economy; and Thar is an extremely important component of that solution. This has been an exceedingly challenging project which required partnerships of unprecedented scale; and I am delighted that the Government of Sindh, the private sector and the Chinese have all come together to solve one of the most important economic issues of our time.”

President & CEO Engro Corporation, Ghias Khan said “Today is a historic day for Pakistan. The ability to generate electricity from indigenous Thar coal will prove to be a game changer for not just Pakistan’s energy sector but for our entire economy. By providing affordable electricity to both the domestic and the industrial sector of Pakistan, we, at Engro, are hopeful that it will substantially reduce our dependence on foreign fuel mix and usher in broad based economic development in the country.” He further highlighted the critical role of the Government of Sindh which has remained a true enabler of the project through infrastructure development and provision of ancillary services. He also applauded the catalytic role of the Government of Pakistan in making the Thar coal dream happen after more than two decades.

Ahsan Zafar Syed – the Chief Executive Officer of Engro Energy and EPTL said: “For Engro today is a groundbreaking moment, as we announce the inauguration of both the mining and the power project. This achievement speaks volumes of the world-class project management and the engineering capability of Engro that has managed these complex, billion-dollar projects. This event also further reaffirms our demonstration of the proof of concept that Thar coal is well suited for indigenous energy production. At this juncture, I would like to commend the efforts of all our local and international partners especially China Machinery Engineering Corporation (CMEC) – the EPC contractor – who have delivered exceptionally on the project. Moreover, what is important to us is the fact that this success has been brought about through our agenda of inclusive development where Thar and its residents are benefitting via our social programs and projects aimed at enhancing their prosperity and reducing poverty in the region.”

Following the inauguration of the power plant, it will now be tested for smooth operations; eventually leading up to the commercial operations of the project which is expected in June 2019. In parallel, Sindh Engro Coal Mining Company (SECMC), a part of the Thar coal project, is also on track to achieve commercial operations in June 2019. Highlighting the role of SECMC at this occasion, Syed Abul Fazal Rizvi – Chief Executive Officer of the Company – said: “Today SECMC has delivered on the promise of making Pakistan a self-sufficient energy hub. In the first phase we will supply 3.8 million tons per annum of coal to the EPTL plant to produce 660MW of electricity. Simultaneously we have also commenced work on phase II and the subsequent phases whereby we will expand and optimize the mine gradually towards its full capacity of 30.4 mtpa of coal production; eventually allowing cheapest; affordable and abundant energy production from Thar, for entire Pakistan.”

It is important to highlight that SECMC successfully unearthed the first layer of coal at a depth of 140 metres in June 2018 – five months ahead of the schedule – whilst the on-specification coal was unearthed in April 2019 coinciding with the synchronization of the second unit of the power plant. 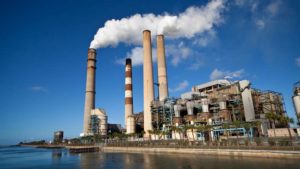 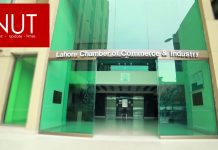 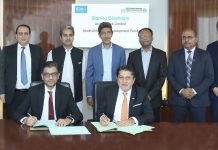 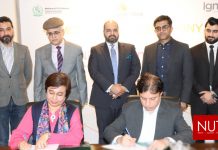