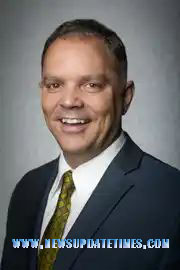 EO Lahore hosted a dinner in his honour that was largely attended by the business community. He was taken to historical sites in the city of Chiniot, including the Umar Hayat Palace. He also visited Din College for Women there. Further, he witnessed the entrepreneurship potential of craftsmen in a remote city like Chiniot.

Members of a proposed EO chapter in Islamabad city also called on the visiting Chairman.

Speaking on the occasion, Mr Brian expressed his wonders over the level of negativity being spread around the world about Pakistan. “My impression about Pakistan is entirely different from what is being projected on the international media,” he stressed.

He said Pakistan is full of rich cultural heritage, people with warm hospitality and amazing entrepreneurship talent. The world should bank upon the entrepreneurial and human capital skills of Pakistan, he added.

The Islamabad chapter of EO is likely to be launched in the month of March. The Northern areas, including the city of Peshawar, would be part of Islamabad chapter. Mr Waleed Mushtaq from Roots Schools System would be the first-ever President of this chapter.

He said he had a plan to open separate chapters in Multan and Faisalabad. However, the idea of setting up chapter in Multan has been dropped because the members from the city are more comfortable to be part of Lahore chapter. However, efforts are afoot to set up a separate chapter in Faisalabad. He expressed a hope of combining Sialkot and Gujranwala in future to set up another chapter because of the existing of enormous potential in this area.

Briefing about other initiatives of EO MEPA, he said the EO Egypt chapter has been launched this year. However, developments are under way to set up another office Lebanon soon, he added.

Mr S M Imran has been elected as Chairman MEPA for the year 2017-18 and he is putting all his energies into action to strengthen the region since he has assumed the office of regional head.

It may be noted that at least 16 members are required to open up a chapter of EO anywhere in the world.

Imran has attended a get together  of sitting as well as the upcoming presidents of various regions under EO in Athens. It was a training session both for the existing as well the new comers. Especially, the new comers are trained to handle the affairs of their regions. Over 100 members assembled there to interact with each other from across the globe. However, he could not attend EO gatherings both in Tanzania and Jordan due to some unavoidable reasons.

He said EO has never compromised on its core values. Therefore, such assemblies of members from across the globe help it out to achieve its targets. On an average, seven to eight percent members relinquish because of a strict following of the core values. These are the core values which help members to grow in their businesses while learning from each other at the platform of EO. So far, the EO membership has crossed the figure of 12000 worldwide.

Imran said the image of Pakistan has improved among the EO members over the years. Especially, the role of Pakistan in the regional context is a hot topic among the members of EO.

Governor SBP highlights results of reforms and shares with OICCI