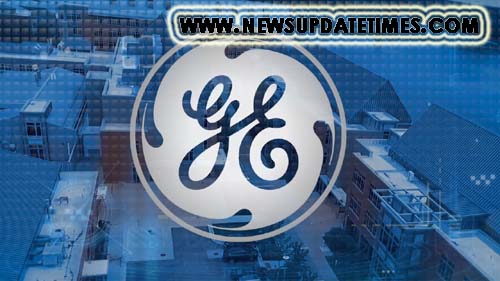 Lahore (Muhammad Yasir) GE Renewable Energy [GE: NYSE] and Artistic Milliners have officially commissioned the flagship ‘Artistic Energy (Pvt.) Ltd.’ wind farm in the Gharo-Keti Bandar Wind Corridor in Jhimpir, Sindh, a project which will help Pakistan expand its renewable energy production in line with its Vision 2025 goals. To this end, GE provided 29, 1.7-103 wind turbines to the engineering, procurement and construction (EPC) contractor, Power China, for implementation, in addition to 10 years of operations and maintenance services as part of the contract.

The U.S. Agency for International Development and the National Renewable Energy Laboratory estimate that Pakistan has over 132 gigawatts (GW) of wind energy capacity. The generation of wind energy also contributes to the goal of the Government of Pakistan under Vision 2025 to increase the percentage of indigenous sources of power generation to over 50 percent.

Dr. Manar Al Moneef, General Manager GE Renewable Energy Middle East, North Africa and Turkey, said: “The Gharo-Keti Bandar Wind Corridor in Jhimpir is fast becoming a hub for domestic wind energy production and job creation. With an abundant supply of wind, which has more than 100 GW electricity generation potential, GE continues to broaden the renewable energy footprint in Pakistan, as this indigenous source helps to provide alternative and sustainable sources of energy. We remain firmly committed to driving growth in Pakistan, ensuring a consistent and reliable flow of energy to millions of people.”

GE’s 1.7-103 high-performing wind turbine provides up to 30 percent increase in annual energy production (AEP) compared to its predecessor, with an increase in blade swept area and 91m hub height, that allows for greater energy capture and improved project economics for wind developers and operators, while maintaining required levels of efficiency, reliability and grid-connection capabilities. GE has been providing advanced wind turbines for the development of wind power plants in the Jhimpir corridor in Thatta district, adding more power to the national grid. The new wind farm further underlines the tremendous potential of Pakistan in using wind power.

Yaqoob Ahmed, Chairman of Artistic Milliners, said: “There is great scope in Pakistan for the cleaner, low-cost energy that wind provides. We are proud to work with GE in setting up this flagship wind power project. The project has been executed flawlessly, with COD achieved in 15 months from contract signing and three months ahead of schedule. The hub height of wind turbines at the Artistic Energy is 91m, making it the most efficient wind farm in the country with regards to output. The project is now feeding much needed power to the national grid in meeting the urgent energy needs of the country before the peak summer season.”

GE Renewable Energy is one of the world’s leading wind turbine suppliers, with more than 30,000 wind turbines installed globally. GE is focused on supporting Pakistan’s socio-economic growth, with technologies that generate more than 1/3 of the country’s electricity.

Sarim Sheikh, President & CEO of GE Pakistan, Iran & Afghanistan, said: “To deliver a sustainable and cost-effective energy system and meeting the increasing demand in the country, wind power is now essential to the energy mix now more than ever before.  With the upcoming peak demand season, this indispensable addition of power 50 MW to the grid will provide respite to the populace of Pakistan with cleaner and lower-cost energy.  We are proud of our collaboration with Artistic Milliners in addition to working with such a professional group which is just one step in supporting our commitment to investing in innovative energy solutions for a more sustainable future and smart way of living in Pakistan.”

The 50 MW project is the sixth in Pakistan to feature GE’s advanced wind turbines, following the agreement to provide and install 87-units to largest 150 MW wind farm in Pakistan last year.