LAHORE – The Punjab government will impart free IT training to tens of thousands male and female youth of the province under its e-Rozgar Programme. As many as ten thousand youth will be trained up to June next year in first phase.

It was stated by the Punjab Information Technology Board (PITB) Chairman Dr Saif while addressing the launch ceremony of ‘Herself’s partnership with Facebook’s “She Means Business” held at Arfa Software Technology Park on Wednesday. Senior representatives from Facebook’s headquarters in USA and dignitaries from the tech community of Pakistan were also present at the event.

Dr Saif said: “The state of the art computer labs equipped with the latest technology was being established at all 36 districts of the province for which all funding would be made by the Punjab government”. He said: “We are thankful to the Facebook administration that has selected us for such a useful tech programme to empower women economically in Pakistan. The PITB’s initiative, Herself, had become the first project in Pakistan to collaborate with Facebook’s economic empowerment initiatives for women. The basic motive of this project is to enable women to do more than what they think they’re capable of doing, therefore, giving them the lead. Herself is a platform for exposing women to a set of trainings that would, in return, help them to monetize their skills. By collaborating with Facebook’s SheMeansBusiness, I can foresee an increase of women participation in workforce and leadership. With the right aspiration and motivation, the female community can go above and beyond their male counterparts.” The delegation consisted of globally recognised names like Ms Jennifer Fong, Head of Strategic Product Partnerships at Facebook, and Ms Claire Deevy, who is the Head of Economic Growth Initiatives APAC at Facebook. Moreover, Ms Aurélie Salvaire, head of TEDx Barcelona, the Coaching Fellowship & Impact HUB Barcelona also contributed to the event by conducting a networking activity.

PEF: The Punjab Education Foundation (PEF) has decided to hold third party validation of phase one of Public School Support Programme (PSSP). The purpose of this initiative is to examine the performance and overall institutional transparency.

PEF Managing Director Tariq Mahmood said this while presiding over a weekly coordination meeting at his office on Wednesday, according to a handout issued here.

The meeting reviewed the organisational performance. It was observed that PEF had been very successful in reaching out to the low-income segments in different districts. It was quite difficult for the impecunious strata to arrange free quality education for their children because of lack of resources. But the foundation has designed and launched different public private partnership based educational programmes so that the needy students could continue their education without any difficulty. This is a great achievement against illiteracy and it is commendable that the girls have been equal beneficiary of PEF-sponsored interventions, the handout said.

At the meeting, it was recommended that besides acquiring building fitness certificates from the partner schools, standard of different educational facilities should also be examined so that the teachers and students could enjoy safe and secure atmosphere for education. 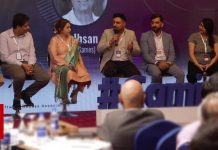 Facebook says took down 1.3b fake accounts in Oct-Dec