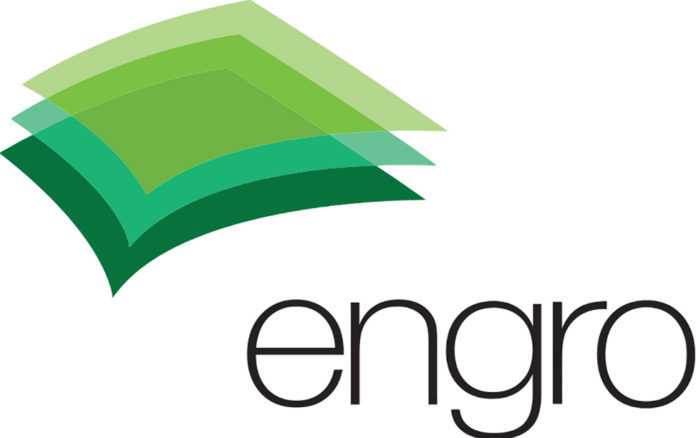 Engro Corporation concluded 9 months of 2018 with revenue of PKR 114,644 million – 33% higher than PKR 86,431 million for the similar period last year. Increase was primarily driven by improved fertilizers and petrochemicals performance.

On a standalone basis, the Company posted a PAT of PKR 7,046 million against PKR 6,502 million for the similar period last year, translating into an EPS of PKR 13.45 per share. The Company announced an interim cash dividend of PKR 7.00 per share for the third quarter, bringing the cumulative dividend to PKR 19.00 per share up to 3Q 2018.

Fertilizer business revenues grew by 43% whilst PAT for the current period increased by 77% versus comparative period and stood at PKR 12,249 million. Higher profitability was led by higher Urea & DAP offtake, higher domestic prices, lower financial charges and one-off tax effects arising due to phased reduction in corporate tax rate from 30% to 25%. However, delayed disbursement of subsidy from the Government continues to put pressure on working capital position of the Company.

The Petrochemicals business witnessed the highest-ever PVC production for 9 months 2018. The business recorded revenue growth of 25% over similar period last year. PAT for 9 months 2018 was PKR 3,865 million against PKR 1,947 million for the comparative period. Higher profitability is attributable to strong operational performance and robust domestic market dynamics in both vinyl and caustic soda segments.

Within Engro’s energy assets, the Qadirpur plant dispatched a Net Electrical Output of 1,156 GwH to the national grid with a healthy load factor. Receivables from power purchaser remained high which poses a continuous challenge for the business and the power sector in general and needs urgent attention from the relevant authorities.

Development on both Thar projects continued at a steady pace throughout the period. The project is targeting ‘first electron flow’ from the power plant to the grid by end of 2018. Post half-year end, both units of Thar Powergen project were successfully connected to the National Grid for the back-feed power supply required for the plant start-up.

The growth of 53% in the consolidated profit after tax of Engro Corporation has been achieved despite the recognition of a one-time taxation related provision in the chemicals terminal company. The matter is being contested by the company but has been provided on a prudence basis. Engro Corporation will continue to explore investment opportunities across all sectors focusing on improving shareholder value by increasing and diversifying revenue and customer base, investment in new technology and efficiency enhancements.