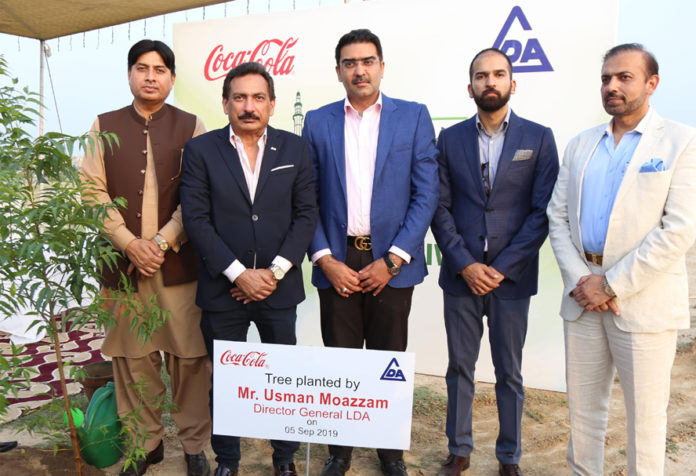 Coca-Cola and LDA pledge to plant over 10,000 trees to support

Lahore (Muhammad Yasir)  Coca-Cola Pakistan, in collaboration with the Lahore Development Authority (LDA), announced their support to protect the environment from harmful impact of climate change through a special tree plantation drive, the launch ceremony of which was held at the Finance and Trade Centre (FTC) in Lahore on Thursday, September 5, 2019.

“Climate change has emerged as a drastic challenge causing environmental degradation that is not only threatening environmental sustainability but also Pakistan’s ability to conserve its natural resources. It is therefore incumbent upon everyone to support the Government’s Clean and Green Pakistan program and plant more trees to counter deforestation and combat the escalating challenges of climate change” said Rizwan U. Khan, General Manager Coca-Cola Pakistan and Afghanistan while speaking about the campaign.

The ceremony was attended by senior officials from both entities including Fahad Qadir Director Public Affairs and Communication, Coca-Cola Pakistan, Dr. Faisal Hashmi Head of Government Affairs, Coca-Cola Pakistan and Muhammad Usman Muazzam Director General, LDA, to mark a special commitment to plant 10,000 trees during 2019 and thereafter pursue a much larger commitment of planting many more trees in the future.

While addressing the ceremony, Muhammad Usman Muazzam Director General, LDA, said, “As part of our ongoing efforts to highlight the importance of tree plantation, we very much appreciate the contributions made by the private sector, especially multinational companies such as Coca-Cola, who recognize the need to step forward and play a key role for the greater good of our ecosystem. We endeavour to achieve more through this partnership for the reason that with trees we plant a hope for a better future.”

Coca-Cola’s water stewardship programs have replenished 2.74 billion litres of water in 2018-2019 making Pakistan and Afghanistan, the first ever water positive region in the MENA. This essentially means that Coca-Cola Pakistan is ahead of it’s 2020 global targets for water stewardship which is based on the formula of safely returning to the communities and nature an amount of water equal to what it uses in the production of its finished beverages. Coca-Cola Pakistan has also achieved remarkably in context to protecting watersheds (including conserving and restoring water quantity and quality which includes 15 reservoirs, more than 20 protected springs and laying of more than 18,000 feet long piped irrigation system in Skardu. These interventions have effectively enabled access to safe drinking water for more than 300,000 people which has also resulted in a 75 percent reduction of water borne diseases in those areas. 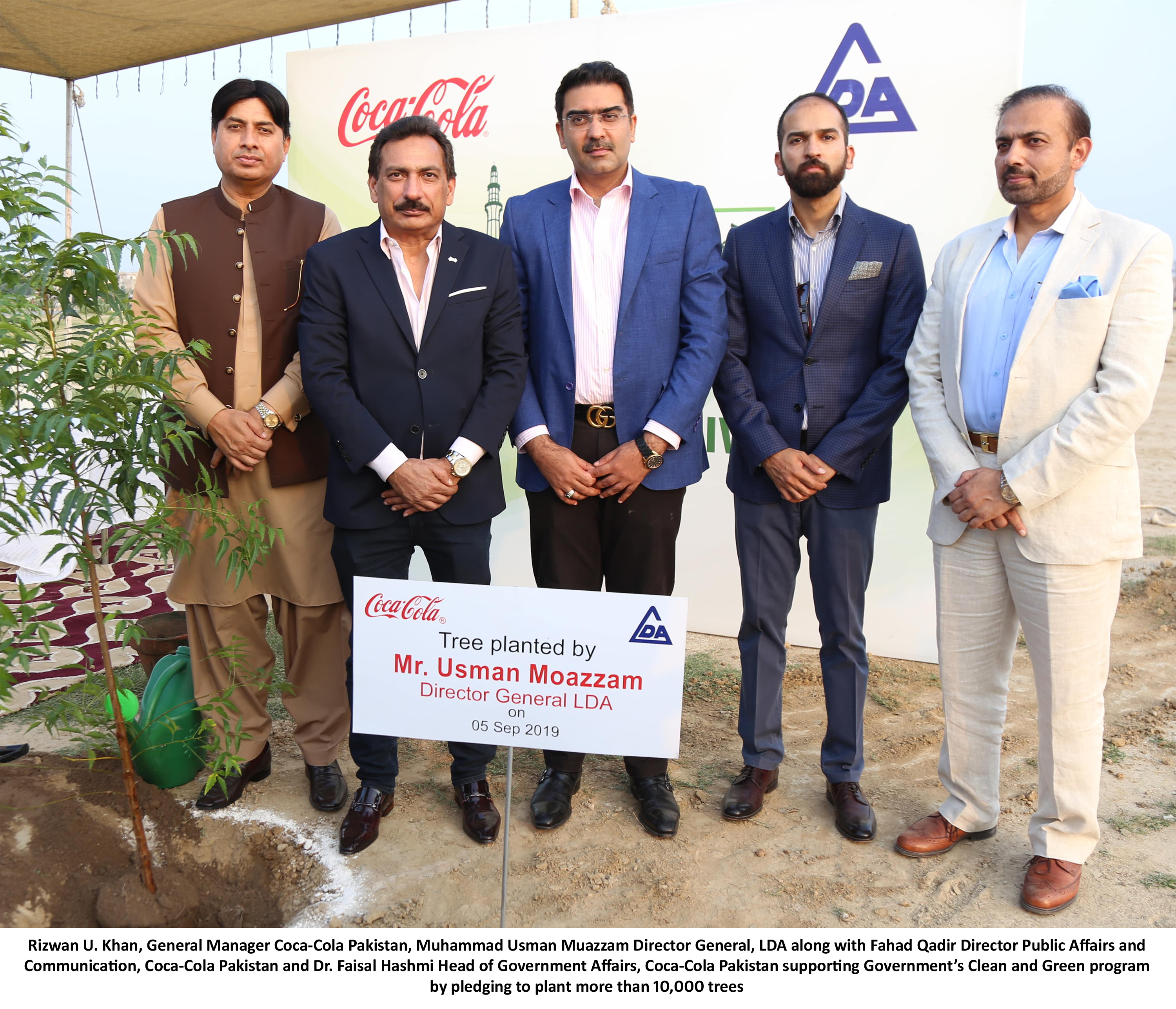