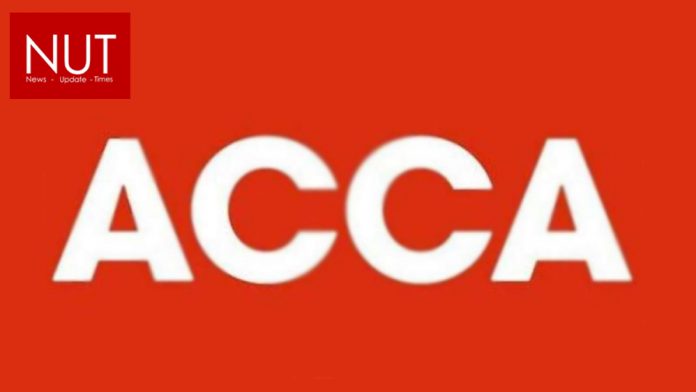 Karachi (Nut Desk) In the budget proposals released today by ACCA (the Association of Chartered Certified Accountants), the global body for professional accountants has suggested that the Government/political parties and businesses should sign a “charter of economy” for the next 10-15 years to keep the policies and their implementation consistent. Pakistan must focus on lowering its import bill by bringing down all non-essential imports and improving exports is the second major step. The proposal also talks about shifting the tax burden to the country’s higher-income population and subsidising the cost of living of middle and lower-income cadres. All professionals should compulsorily be brought into the tax net. There is a dire need to take significant strides for documentation of the economy and increase the capacity of FBR to collect more taxes. The global body for professional accountants has urged the government to reduce tax rates to a single digit and ensure broadening of the tax net by adopting Data Analytics and Artificial Intelligence leveraging rich data sources at government’s disposal such as NADRA. Rationalisation, standardisation and automation of Tax Laws & administration to minimize harassment of taxpayer. The proposal suggests that for economic recovery Government should encourage savings and announce incentives for local industry manufacturing to encourage use of domestic products. Large agricultural landowners should be taxed at minimal rates i.e., 7%. The Roshan Digital Program aimed at overseas Pakistanis should continue to evolve. Proper legislation and rationalization can help improve the situation for mining and can also result in attracting FDI. The global body has shown concern as the unemployment rate was 5.8 percent according to the Pakistan Economic Survey, 2019-20 with the highest unemployment (11.56 percent) was prevalent among the age 20-24 indicating youth unemployment. Social protection programs and its offshoots as well as low-cost housing initiatives targeting the lower middle class and poor segments should be continued. It’s also pointed out that the past outstanding refunds have only been cleared partially. It’s important to strengthen the trust of the taxpayer as well as provide liquidity to businesses .The special economic zones (SEZs) envisioned under CPEC should be accelerated and used as a stimulant for the industrial sector and generating employment opportunities while attracting FDI. IT/ITeS is one of the fastest growing sectors of Pakistan contributing short of 1% of GDP of Pakistan but has the potential to reach exports of US $ 15 – 20 billion by 2025.The government needs to continue to incentivize this sector and also invest in provision of high-skill training opportunities while continuing to develop the eco-system to place Pakistan as a regional powerhouse with a focus on BPO which has a huge potential. It’s reiterated that government needs to ensure openness and transparency to foster trust and cultivate a healthy tax culture in the country. The tax legislation and operations should be as simple and straightforward to understand and to comply with as possible. Tax systems should be efficient for governments in terms of their ability to secure the revenue due and to prevent tax leakage and the development of a black economy.

Over 30 countries to participate in POGEE 2017

Engro Foundation Celebrates Pakistani change-makers – Announces I Am The Change...