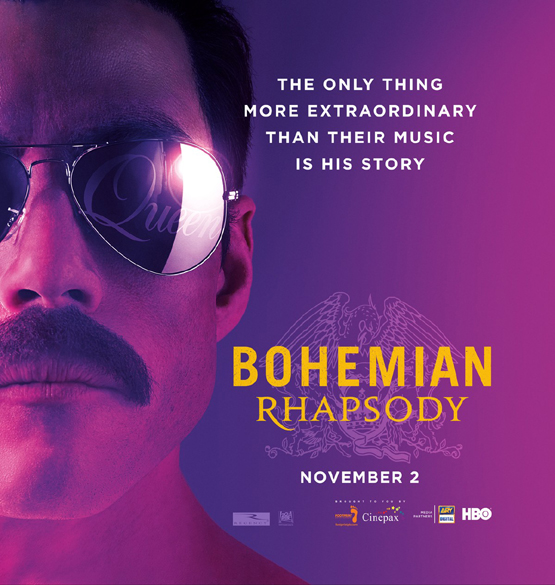 Lahore (Muhammad Yasir) The movie that celebrates the musical journey of the widely loved rock band, Queen and its lead vocalist Freddie Mercury, who was known for his flamboyant stage persona and extensive vocal range, Bohemian Rhapsody is releasing on the 2nd of November in Pakistan.

The Film stars Rami Malek in an uncanny performance as Freddie Mercury, charting Queen’s extraordinary story and their reach to the dazzling heights of international stardom, when they filled stadiums across the world at record-breaking concerts, including the legendary 1985 performance at Live Aid, which was watched by a global audience of 1.9 billion and raised money for the famine in Ethiopia.

As the story unfolds, we witness how Queen’s classic songs were created – from the ingenious and operatic ‘Bohemian Rhapsody’ to their signature anthem ‘We Will Rock You’. It examines the band’s evolution, and later Freddie’s struggle with AIDS. The film relates how the band shook the music world, rolling out hit after hit, from ‘Killer Queen’ to ‘Another One Bites The Dust.’ Perhaps the most striking of those hits was ‘Bohemian Rhapsody,’ which appears on Queen’s album ‘A Night at the Opera’ and is widely regarded as a masterpiece. It has been 43 years since the song rocketed to the number one spot in the UK, going on to become a global hit.

The movie explores the life of Freddie Mercury who defied stereotypes and shattered convention to become one of the most beloved entertainers on the planet who was loved by everyone as he became the legendary star. 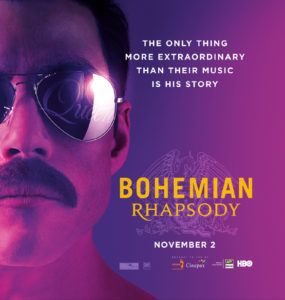 Today’s leading musicians cite Queen as a major inspiration. “Freddie Mercury was and remains my biggest influence,” said Katy Perry about Queen’s legendary front man. “The combination of his sarcastic approach to writing lyrics and his ‘I don’t care’ attitude really inspired my music.” Lady Gaga was such a big fan that she borrowed her stage name from one of Queen’s songs.