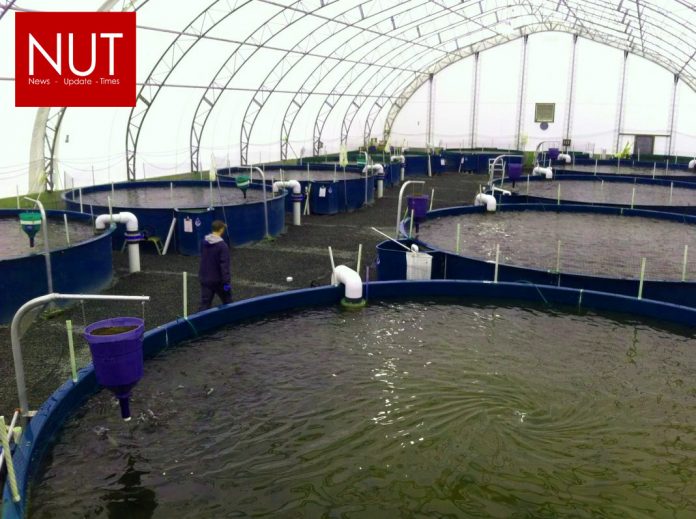 This technique helps in balancing the level of Nitrogen and Carbon in the water which are really essential for the production of microorganisms and bacteria’s to feed the fish species (as natural feed) and save cost on feeding them with artificially produced feed. Saad Yousaf, owner of Lasani Organic Farms, while talking to a delegation of the Agriculture Journalists Association (AJA) said that Biofloc Technology reduces the cost of producing fish by almost half. ‘Traditional fish farmers are producing fish at the rate of Rs 160 per kilograms while fish produced through BFT costs only Rs 83 per kilograms,’ he added.

Though technology is 7-8 years old and very popular in India, Thailand, Malaysia, Japan and some other countries, it is relatively new in Pakistan and at present, it is not only even one per cent of the total fish production of the country, Saad claimed. Asked why he claims this fish as organic, he said that 54 per cent of the feed of fish in BFT is the bacteria developed in the water and 46 per cent in the other feed. He said that two cycles of six months each can be harvested under BFT while in traditional farming, farmers harvest a 9 months cycle. Traditional farmers have to vacate their ponds before winter as fish reared here are of warm water, while in BFT we can control the temperature.

He said that a tub constructed under BFT on one Marla of land host 1,000 kilogram of fish while in the traditional method it requires at least one acres of land. However, to a question, he said that only omnivore’s fish such as Tilapia and Pangasius can be produced under BFT technique as they each bacteria against the traditional local varieties. He said that the Government should encourage youth to go for BFT fish farming by extending soft loans and imparting technical guidance as it can meet the increasing demand for fish meat by using less land and water.

“Transparency in Real Estate will be lucrative for FDI,” says Jawad...