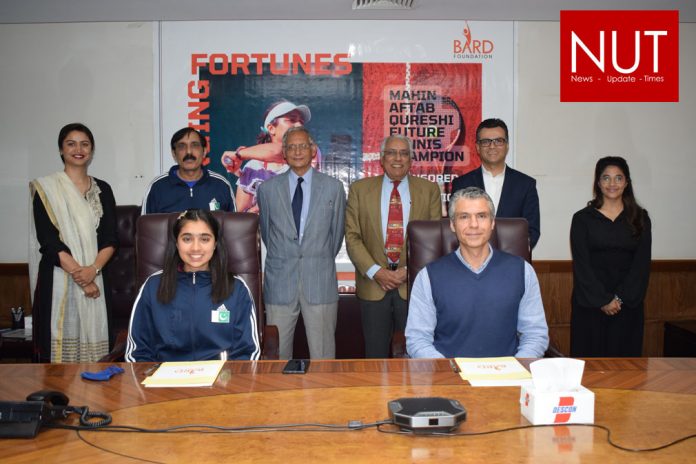 A special ceremony was recently held where BARD foundation’s senior management signed the formal contract to support the 20-year-old tennis player, who was accompanied by her father, Aftab Sadiq Qureshi. The ceremony was also graced by the honorable members of the Foundation’s, Board of Governors including Taimur Dawood, Faisal Dawood, Farooq Nazir and Ijaz Ali Khan, along with senior staff from the BARD foundation.

“At BARD, support is available for young athletes so they can unearth their true potential and shine on an international platform. Mahin is one of Pakistan’s most promising young tennis players with an array of accomplishments to her name. However, getting to the top in any sport can be an expensive endeavor and we are very happy to step in to help her progress further” said Taimur Dawood Member Board of Governors BARD Foundation.

In 2015, Mahin became the first-ever female tennis player of Pakistan to claim a singles international tennis title by winning the Asian Under-14 tournament. She later went on to win the Under-16 tournament held by the Barcelona Federation in 2016. At the age of 15, she created history by winning four titles (Ladies singles, Ladies doubles, Mixed doubles and Pakistan junior title) in Subh e Nau Tennis Championships in PTF Islamabad.

Mahin’s impressive performance continued at the 2019 SAF games where she won a bronze medal. However, following a serious injury to her right wrist, Mahin had to take a little break; she is now fully recovered and enrolled in the world-renowned Barcelona Tennis Academy to get back in the game and kick-start her pro-career. As the Academy’s student she will be given strength and conditioning sessions, incorporating speed, agility, and weights, in between on-court sessions. Mahin will work with the best coaches, fitness trainers, and sport psychologists.

The BARD Foundation is a venture undertaken by Bilquis and Abdul Razak Dawood to enable less fortunate individuals to realise their potential as champions in their chosen field. The Foundation’s primary goal is Changing Fortunes with a special focus on Education and Sports. Another is people development through skills. One such initiative of the Foundation is Descon Technical Institute, which imparts vocational skills to enable individuals to change their lives for themselves and their families. 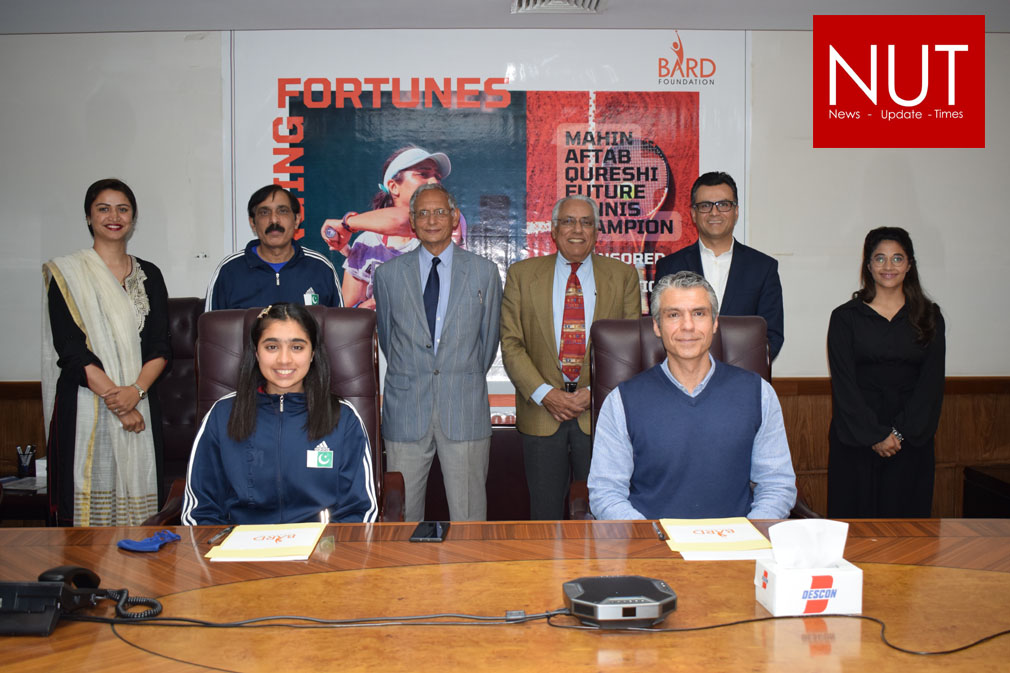