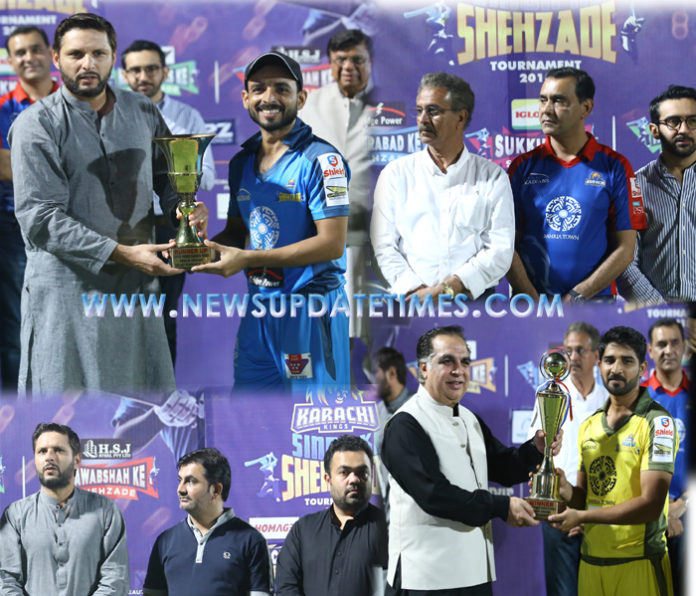 Karachi (Muhammad Yasir)  The Karachi Kings firmly believe in the magnitude of untapped potential that Pakistan has to offer. Living up to their promise of improving and uplifting cricket and sports in the country, the Karachi Kings have undertaken an exciting new venture. After the highly appreciated Khiladi Ki Khoj – Talent Hunt in Sindh, the Karachi Kings set their sights on crowning the best athletes in the Super Power Karachi Kings Sindh Ke Shehzade Cricket Tournament.

The initiative has been praised by various cricketers, both in Pakistan and abroad, the efforts of the Karachi Kings to develop the sport from the grass root level, has enjoyed tremendous support.
The teams that competed in the tournament were HSJ Nawabshah Ke Shehzade, Igloo Sukkur Ke Shehzade, Bridge Power Hyderabad Ke Shehzade, Hawk Mirpurkhas Ke Shehzade and finally Homage Karachi Ke Shehzade.

The tournament kicked off with a launch ceremony on Sunday, 9th September which was attended by esteemed guests and personalities, Naya Nazimabad served as the arena for the tournament, with the entire proceedings aired LIVE on PTV Sports, the website karachikings.com.pk and arysports.tv.
The tournament has been a perfect example of athleticism and sportsmanship. All the five teams participating gave exceptional performances, the most noteworthy of which was from Homage Karachi Ke Shehzade. Some outstanding athletes throughout the tournament were batsmen Ammad Alam from Karachi, Daniyal Rajput and Osama Baloch form Hyderabad, among the bowlers were Muhammad Salman, Abrar Ahmed and Imran Khan from Karachi, as well as Kahaf Patel from Mirpurkhas. 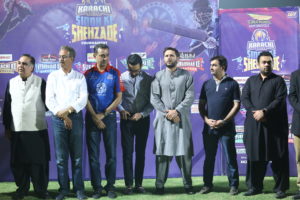 The excitement at each match was a testament to how far cricket has come along in the last few years, the nail biting finale was played between Homage Karachi Ke Shehzade and Bridge Power Hyderabad Ke Shehzade, both of whom proved to be formidable opponents, after an exciting round of cricket where each player gave their utmost effort, the team that proved victorious in the end were the Homage Karachi Ke Shehzade, who were crowned the Super Power Karachi Kings Sindh Ke Shehzade.

Speaking about the tournament, Mr. Salman Iqbal – owner Karachi Kings said ‘It never ceases to amaze us just how much talent there is in Pakistan. Every talent hunt that we have conducted has brought forth a new breed of athletes, each unique in their own way. The Super Power Karachi Kings Sindh Ke Shehzade Cricket Tournament was another step in our vision to find and nurture the future of sports in Pakistan, the athletes who will make their country proud’. 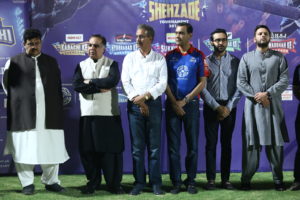