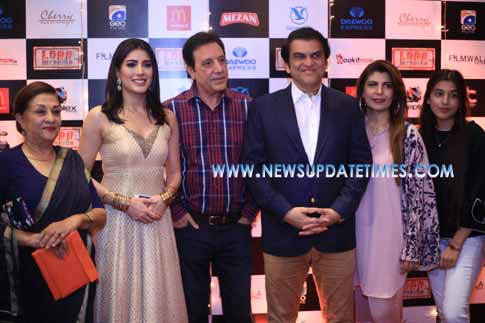 Karachi (Muhammad Yasir) The premieres of the much-anticipated film “Load Wedding” – a social comedy / family drama by Filmwala Pictures and Geo Films, were held in Lahore, Dubai and Karachi on 18th, 19th and 21st of August respectively.

The film is enthralling with the right amount of comedy and flawless dance moves. The captivating plot revolves around Raja, who is head over heels for Meeru, and his struggles to marry his first and only love. The movie also highlights the sensitive topic of dowry without any serious undertones, so that people can perceive the intended messages in a lighter mood.

Nabeel Qureshi, Director Load Wedding excitedly stated, “The response we received in each premiere was literally phenomenal and I am sure that the movie will bring out the same response from the audience once it releases.”

Load Wedding has been earning rave reviews since its first trailer release. The movie was released by Distribution Club in Pakistan and Zee International Studios worldwide this Eid-ul-Azha and has been taking cinema fanatics by storm from past two days.