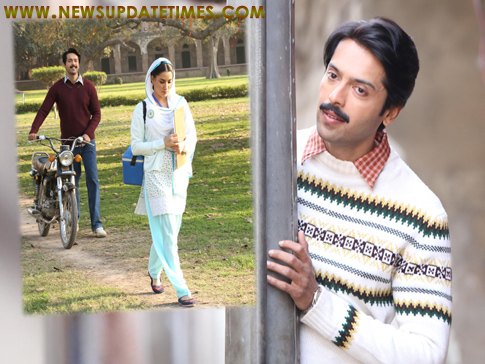 Lahore (Muhammad Yasir) Filmwala Pictures in collaboration with Zee Music Co. released video of the song “Kooch Na Karin” from Load Wedding on other day. The title alone is enough to make music lovers daydream about their better halves.

Load Wedding is on the verge of taking cinema fanatics by storm this Eid-ul-Azha and will be released by Distribution Club in Pakistan and Zee International Studios worldwide.

Unlike other songs, Kooch Na Karin leaves off the peppier touch but its perfect mellow tune is actually joy to the ears. First the melody draws you in and then the lyrics do the wonders. Lyrics are beautifully written by Haleem Jalandhari and with an impressive voice, Azhar Abbas has made every word effective and intense.

The entire movie songs are composed by the music maestro Shani Arshad who also composed the hit musical albums for blockbusters “Actor in Law” and Na Maloom Afraad”. The perfectionist immaculately amalgamated mellow and upbeat songs in Load Wedding’s music album and keeping the movie’s album varied is a large factor of gaining immense accolade from the music buffs for each song.

There is a cinematic quality throughout. Mehwish Hayat and Fahad Mustafa are wonderfully carrying their avatar and the video splendidly showcases Raja’s longing for Meeru and how imperative it is for him to see her every day. One can’t deny the amazing chemistry they both radiate in every song of the movie.

Pakistani Embassies Can Play a Positive Role in Community Outreach and...