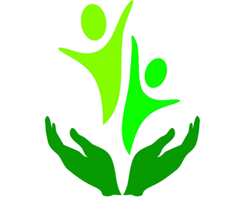 The ceremony will also be attended by Federal minister for Human Rights Kamran Michael and Rev Dr Azad Marshall, the Coadjutor Bishop of Raiwind. The Akhuwat chief Dr Amjab Saqib said that the foundation had distributed more than Rs8 million soft loans among 350 deserving individuals on the occasion of last Christmas. The loans were disbursed under the Punjab Chief Minister Khud Rozgar Scheme at a ceremony held at St Anthony School.

“Christmas with Akhuwat is an annual event to celebrate the spirit of Christmas compassion, generosity and love. Hundreds of people come together to join hands in prayers at a local church including Christians and Muslims, rich and poor,” he added. Dr Amjad said that Akhuwat’s basic objective behind this move was to create inter-faith harmony among different religions. “We pray for mutual harmony, peace and prosperity among all religions,” he said, and added that for creating a good society one should find people who have no support.

“Till now, by disbursing loans of around Rs33 billion, Akhuwat has successfully supported over 1.7 million families all over the country to build pathways out of poverty,” he added. Akhuwat Foundation has completed disbursement of loans worth Rs6 billion in two phases with a recovery rate of 99.85 percent.

Dr Amjad said that the Punjab government approved Rs5 billion funds for the poverty eradication from the province. This fund was given to Akhuwat Foundation as a loan for five years term through a bidding process. Under the scheme, the Akhuwat Foundation disburses the micro loans to the poorest of the poor of the province through small loans with maximum loan size of Rs50,000 to a family with zero mark-up. The loanee will return this amount to the Foundation on easy monthly repayment plan.

My Zong App launches ‘10 Rupee Shop’ to give users even...