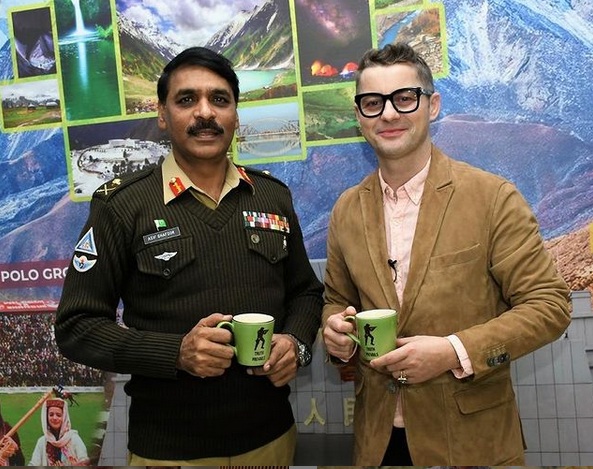 Akcent band member Adrian Claudiu Sînă will be arriving in Pakistan where he will be spending holidays in Hunza.

The artist made the announcement of his arrival in a Twitter video for his fans. In his Twitter clip, Akcent said that he wants to prove that Pakistan is a safe place for travel.

“Hello Pakistan,” Sînă said in the clip. “This time I have decided to spend some of my holidays in Hunza Pakistan to show the world that Pakistan is a safe and beautiful country.”

Akcent band’s fans in Pakistan extended their greetings and gave a warm welcome to the award-winning artist.