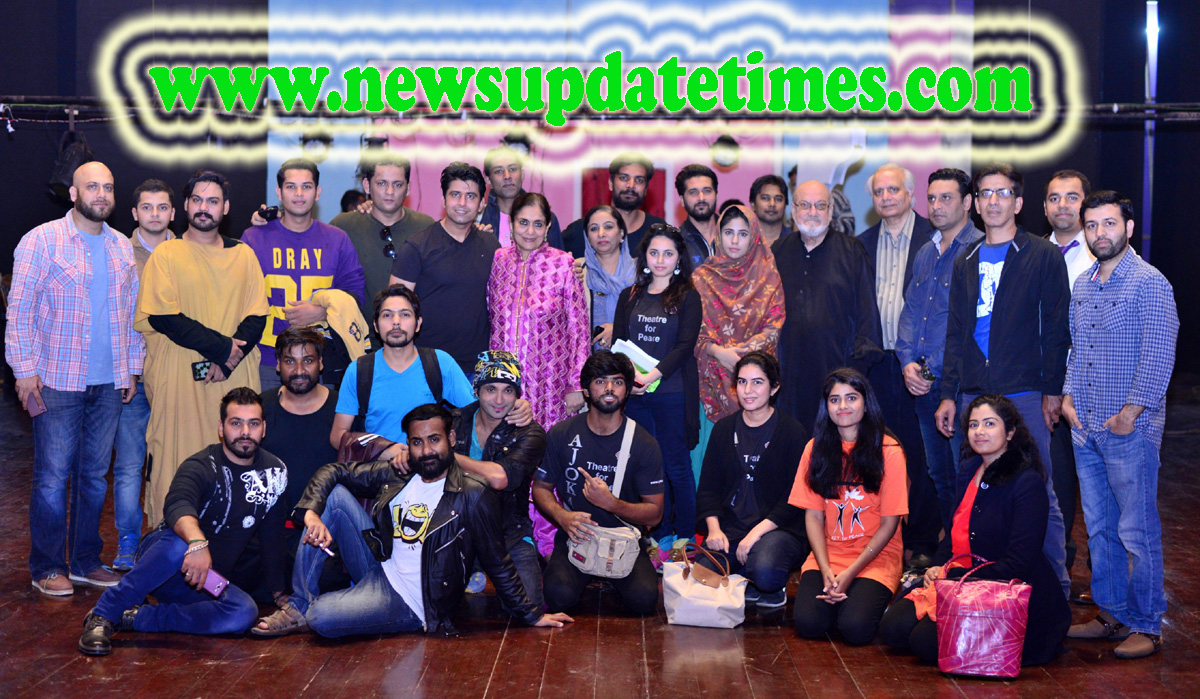 Directed by Ajoka’s artistic director Madeeha Gohar the play gave an insight about life events of Bulleh shah as communicated through his poetry, historical records and popular myths. Bulleh Shah (1680-1758) lived in the times of downfall of the Mughal Empire, characterized by conflicts, rebellions, civil & religious strife and ideological and political chaos. The play reveals all such historical references and Bulleh Shah’s famous poetry have also been used to enrich the production. The play has widely been performed in Pakistan, India, Middle East, Denmark and other countries as well.

Ajoka executive director Shahid Nadeem who has written the play said that Ajoka have always projected the message of peace and love through its productions, this performance is part of Ajoka’s struggle for revival of socially relevant and meaningful theatre in Pakistan. It’s also Ajoka’s tribute to mystic legend whose became beacon of hope and humanism in his respective time span, he added.

‘Khuda Aur Muhabbat’ trends at No. 1 in India on YouTube