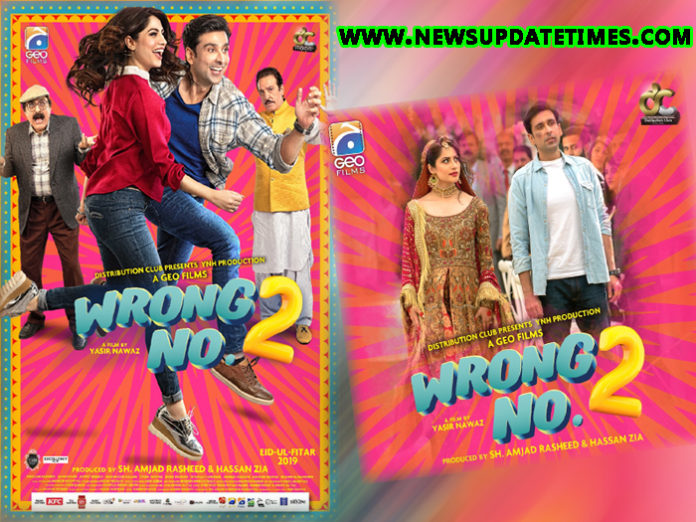 Lahore (Muhammad Yasir)  The season’s most awaited comedy film Wrong No. 2’s official trailer has been released nationwide today. Directed by the famous Yasir Nawaz and produced by Hassan Zia, Amjad Rasheed, Irfan Khosat and Arshad Khan, the film is expected to be an adventurous roller coaster ride of romance and emotions, coupled with fits of laughter.

Wrong No. 2 boasts of a power-packed cast of all of the industry’s most famous talent. It stars the gorgeous Neelum Munir, and the brilliant Sami Khan as the leads actors, along with the legendary Jawaid Sheikh, Danish and Yasir Nawaz, Ahmed Hassan, Shafqat Cheema, Sana Fakhar, and many others.

The movie centers around Zoya, a young, rich girl, who catches the eye of Omer, her businessman father’s personal assistant’s son, along with a couple of other love interests that get involved in between. In a whirlpool of troubles, confusion and myriad complications, the movie is a challenge on whether true love can conquer all obstacles or not.

The screenplay of the movie is by Yasir Nawaz, while Danish Nawaz is the mastermind of the story. All the rib-tickling dialogues in Wrong No. 2 have been authored by Ahmed Hassan.

The minute and a half long trailer that has been released today promises a fun and fast-paced film with some powerful dialogues and upbeat music to compliment it. Neelum Munir looks stunning in her rich-girl attire, while Jawaid Sheikh’s dialogue delivery as expected, seems to be completely on point.

From the makers of Wrong No. and Mehrunnisa V Lub U, the dynamic team of Yasir Nawaz and Hassan Zia is on the road to yet again win a huge audience with Wrong No. 2. 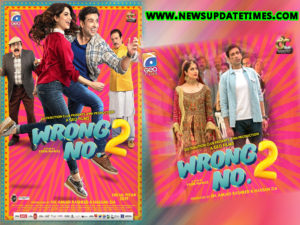