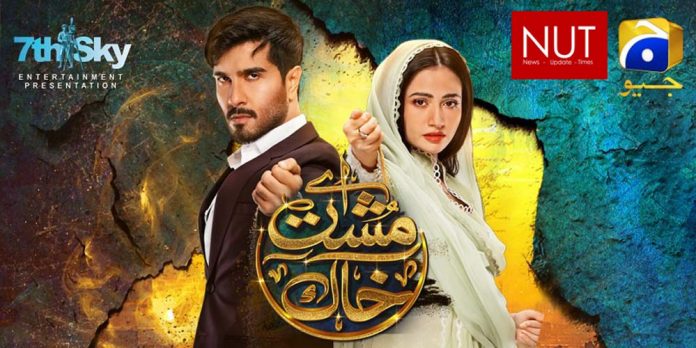 Lahore (Muhammad Yasir)  7th Sky Entertainment, under the leadership of Abdullah Kadwani and Asad Qureshi, have brought the fan-favourite duo of Feroze Khan and Sana Javed together for the third time for yet another mega-project titled ‘Aye Musht e Khaak’.

The drama follows the story of two completely different individuals. Mustajab is a pragmatic young man with little belief in fate while Dua is a compassionate girl with a firm belief in fate and strong moral values. In a surprising turn of events, Mustajab falls for Dua who does not reciprocate his feelings. His liking soon turns into obsession as he spins a web of lies to get what he wants. The question arises, will Dua figure out Mustajab’s reality or will Mustajab come to accept Dua’s firm belief in God?

Exploring the themes of faith, love, and deception, Aye Musht e Khaak has been penned down by Maha Malik, directed by AehsunTalish and produced by the ace producers Abdullah Kadwani and Asad Qureshi. With Feroze Khan and Sana Javed in lead roles, the drama supports an ensemble cast including Asad Siddiqui, Shabbir Jan, Iffat Omar, ShahoodAlvi, Danial Afzal Khan, Hira Umer and many more.

With several sensational and chart-busting projects like Khaani, Fitoor, Rang Mahal, Khuda Aur Mohabbat and more, 7th Sky Entertainment explores distinct genres and has hence become a household name in Pakistan. Aye Musht e Khaak is yet another addition to their list of critically acclaimed dramas on-air at the moment. 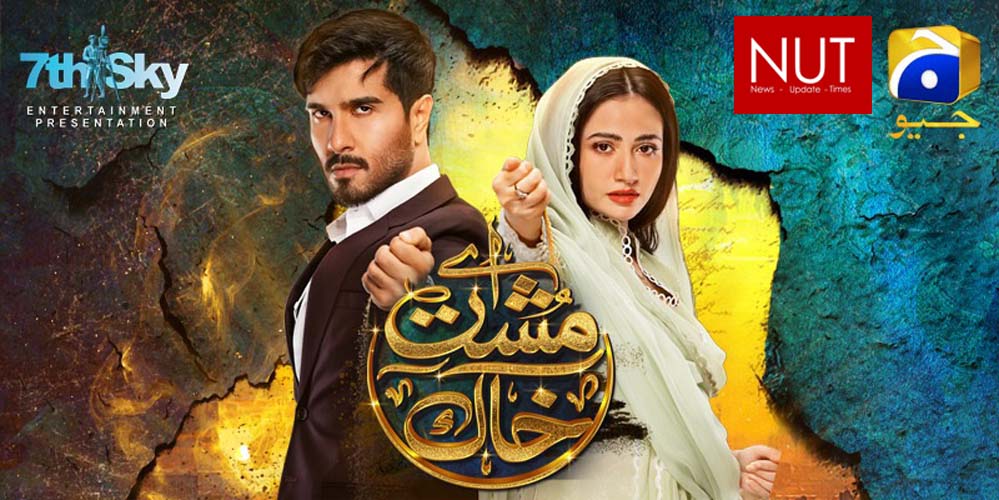