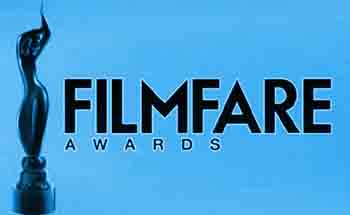 Web Desk – Bollywood came together to raise a toast to the best in the industry at the 62nd Jio Filmfare Awards 2017 held on January 14 in Mumbai. One of the biggest award functions of the year was hosted by Shah Rukh Khan and Karan Johar. And when you have Bollywoods glitterati coming together under one roof, you can be assured of sheer magic.

2016 was a great year for Bollywood, from Ranbir Kapoor to Aamir Khan almost every A-listed Bollywood actor came up with their movies and had an amazing run in theatres. History was made at the Filmfare Awards this year since all the three Khans competed for the ‘Best Actor’ category after a long span of 19 years. And, it was Aamir Khan who gained the upper hand with his ‘Dangal’ act over Shah Rukh Khan, who was nominated for Maneesh Sharma’s ‘Fan’, and Salman Khan, who was nominated for Ali Abbas Zafar’s ‘Sultan’.

On the other hand, Alia Bhatt won the ‘Filmfare Best Actor Award (Female)’ for her performance in ‘Udta Punjab’. Sonam Kapoor and Shahid Kapoor too won ‘Critics Choice Awards’ for their performances in ‘Neerja’ and ‘Udta Punjab’ respectively.

Karan Johar’s ‘Ae Dil Hai Mushkil’ was also one of the most celebrated films of the evening, with four awards.

Heres a complete list of winners at 62nd Filmfare awards 2017.

Best Actor in a Supporting Role (Male): Rishi Kapoor for Kapoor & Sons (Since 1921)