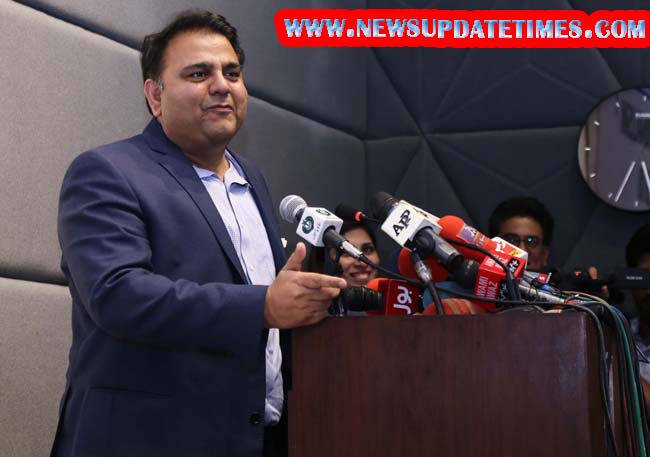 Karachi (Muhammad Yasir)  Federal Minister for Information and Broadcasting Fawad Chaudhry has said that his ministry is planning to table a bill in the National Assembly for the protection of journalists. The new legislation will be similar to the one enacted in Khyber-Pakhtunkhwa.

This was stated by Chaudhry at an awards ceremony, organised by the Centre for Excellence in Journalism, in collaboration with the Centre for Communications Programmes Pakistan, Palladium Pakistan and the Sukh Initiative at the Institute of Business Administration’s city campus on Tuesday.

Journalists from across Pakistan submitted their news stories that had been published between July 1, 2017 to September 30, 2018. The aim of this independent annual award is to recognize and promote rights-based reporting in Pakistan, especially on issues that affect the most ignored and marginalised factions of society. Awards were distributed to print and broadcast journalists who developed exceptional stories, that brought to the fore some of the most imperative issues afflicting society.

In his welcome address, Kamal Siddiqi, Director, CEJ said that the idea behind the award was to encourage good journalism and highlight distinction in reporting on social issues. “We all know that we can do much better and this is one way to recognize people doing good journalism,” he said. “These are challenging times and good journalism is under threat,” he added.

Ghazi Salahuddin concurred with Mr Siddiqi that times were indeed challenging for the media. “Media shouldn’t be alone in its fight for freedom, rather the society should also support it, as the media is the voice that protects the freedom of the society.”

Fawad Chawdry, Minister for Information and Broadcasting, who was the chief guest at the ceremony spoke at length of the reforms he is trying to bring about at the ministry. “I am honored to be here, and I think this is a brilliant initiative,” he started, praising the CEJ’s efforts. He announced that the information ministry is trying to work on the development of a media technology school in Pakistan and the development of a journalist protection act, similar to the legislation in KP.

The information minister added that he is working on providing health insurance to working journalists and is committed to safeguarding the interests of journalists in Pakistan. “The future is of ideas, where only superior ideas will win and they can only be generated through constructive debate and dialogue,” he added.

Commenting on how crucial such initiatives are, Zaibunissa Burki, one of the judges, said, “It’s wonderful to see the sort of work our journalists; men and women, seniors and those new to the field are continuing to do despite all the challenges they face. It was a pleasure to read so many stories that focused on human rights. This award becomes all the more important at a time when such stories don’t make it to prime-time TV and to our very overly political front pages.”

Xari Jalil, who won the award for her story on child sexual abuse, agreed. “It’s very encouraging when journalists are rewarded and recognized for the hard work that they do. Reporting is after all not just a job. You have to devote your life to this work and bring change through your writings, so this should not go unnoticed. I am honored to have received the award,” she said.

“It gives me immense pleasure to be receiving such kind of award. It is a great achievement for my journalistic career, being a district correspondent of Dawn, I’m also proud my organization that provided me the opportunity to do such work,” said Umar Bacha, another recipient of the awards.

The winners of the awards are as follows:

Excellence in reporting for Urdu newspaper and online content

Excellence in Reporting for TV and Radio

Excellence in Reporting for District Correspondence

Excellence in Reporting for English Newspapers and English Online Content 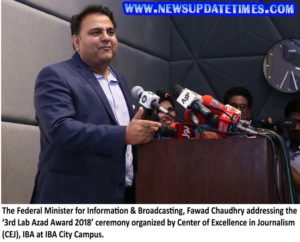 Faysal Quraishi urges fans to vote for him in Lux Style...